A recent publication in the health policy journal Health Affairs sheds light on state-level under-investments in public health, which have likely hampered North Carolina’s response to the COVID-19 pandemic. 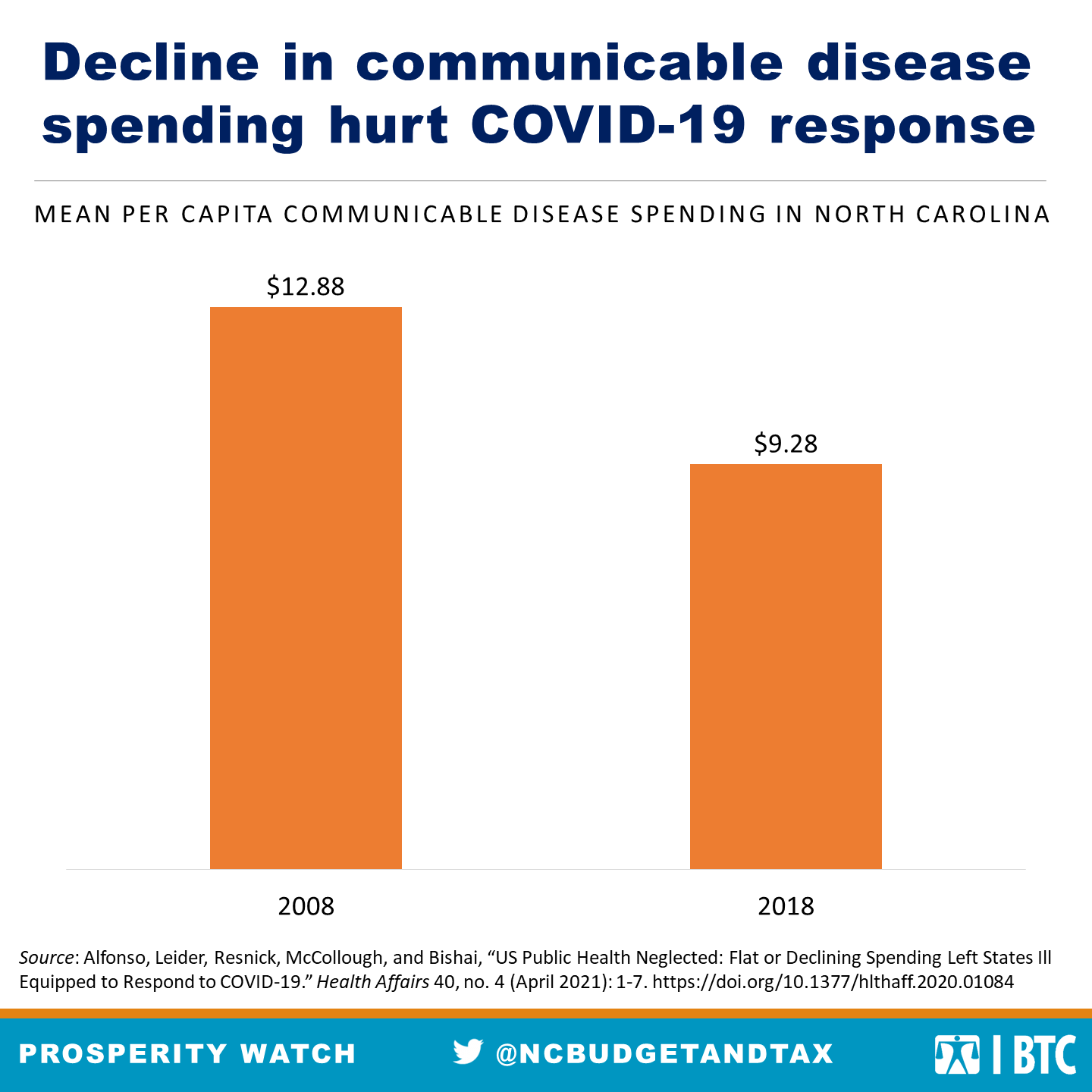 In contrast, there was a modest increase in average per capita spending toward functional capabilities, which includes policy development, assessment, community partnership, and communications. Overall public health spending at the state level grew during the study period, though the increase is not statistically significant.

* California data was not available.