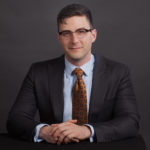 Sam Cone (Secretary) is a Financial Consultant with Pinsker Wealth Management, an independent wealth and tax planning firm in Greensboro, NC. Sam practiced law before joining Pinsker Wealth Management. Following law school, he was a law clerk to Justice Mark Martin of the NC Supreme Court, after which he practiced in the litigation group of Irell & Manella in Los Angeles, CA. Sam is active in the community and is presently involved with several non-profits devoted to youth health, gender equality, charitable giving within the Jewish community, and other causes. Sam earned his JD cum laude from the New York University School of Law in 2008, and his BA with the highest distinction in mathematics and philosophy from the University of North Carolina at Chapel Hill in 2003. He is a member of Phi Beta Kappa, the Society of Financial Service Professionals, and the NC Bar Association. 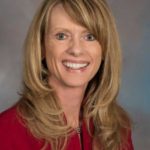 Patsy Dowling Davis is the Executive Director of Mountain Projects, an organization that touches more than 7000 lives each month, 97% of which are the working poor, disabled, elderly, or handicapped. MPI employs 130 staff members. She has held the position since 1998. Patsy graduated from Western Carolina University. 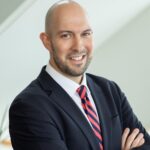 Drew Erteschik is a partner with the Poyner Spruill law firm, where he leads the firm’s Government and Constitutional Litigation Practice Group as well as the firm’s Appellate Practice Group. His cases frequently involve a strong policy component, and he has successfully litigated some of North Carolina’s most sensitive and closely watched cases involving matters of public law. He also devotes a substantial portion of his practice to pro bono work. Drew serves on a number of boards and commissions focused on improving the quality of justice in North Carolina. 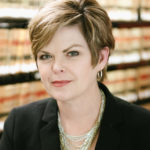 Melissa Essary is a Professor of Law and Dean Emerita of Campbell University School of Law in Raleigh. She teaches Employment Discrimination Law, Workplace Law, and Client Counseling. Prior to joining Campbell Law School as its dean, Essary was a Professor of Law for 16 years at Baylor University School of Law. Essary also serves as Senior Counsel to the law firm of Everett, Gaskins & Hancock. Essary is active in national roles in legal education, serving on-site reaccreditation committees at law schools around the country. In 2017 North Carolina’s Supreme Court Chief Justice appointed her to the NC Commission on Actual Innocence. She has served on the NC Chief Justice’s Professionalism Commission, as a Vice President of the NC Bar Association’s Board of Governors, on the NC Bar Association’s Strategic Planning Committee, and on various Wake County Bar Association committees. 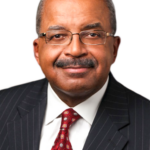 Dr. Allen Mask is well-known throughout North Carolina for his long tenure as the medical reporter and commentator for WRAL-TV/NBC News in Raleigh, where he has covered health and medical news for more than 25 years. Combining his role as a physician and journalist, he has won numerous awards for his medical stories which appear on the evening newscasts. Dr. Mask is an internist as well as an anesthesiologist. He completed two residencies: the first at Massachusetts General Hospital and Harvard Medical School and the second in anesthesiology at the University of North Carolina, where he attended both college and medical school. He practiced anesthesiology with Burlington Anesthesia Associates in Alamance County for several years. Mask is also the medical director and founder of the Raleigh Urgent Care Center, one of the oldest urgent care centers in North Carolina. In addition to his primary practice, he is also the physician for the City of Raleigh, and physician to the artists for LiveNation Entertainment. 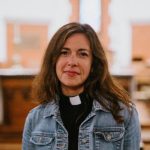 The Rev. Milly Morrow is Rector of Grace Episcopal Church in North Asheville. Rev. Morrow is charged with providing for and overseeing the pastoral care of members in times of need, including working with the lay pastoral care committee. Milly is also responsible for supporting and engaging the church in mission opportunities and creating relationships across barriers in the local and wider community. Milly is a life-long Episcopalian and is the founder and missioner for the new church plant Kairos West Community Center in West Asheville and an active member of Faith4Justice. Before ordination, Milly served as community educator, advocate, and counselor for several non-profits working with individuals, families, and communities. Milly earned a Masters in Social Work from UT Knoxville and a Masters of Divinity from Episcopal Divinity School. 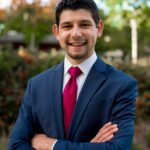 José F. Oliva serves as Manager, Public Affairs at Replacements, Ltd., the largest retailer of tableware, collectibles, estate jewelry, and watches. In his role, José leads all public policy and governmental engagement on behalf of Replacements – including operation of the company’s Political Action Committee (PAC). Prior to coming to Replacements, José worked with the Z. Smith Reynolds Foundation (ZSR), a more than 80-year-old statewide, private, family foundation in North Carolina. He serves on the boards of The Community Foundation of Greater Greensboro, North Carolina Conservation Network, and North Carolina Justice Center. José moved to North Carolina from Guatemala in 2011. 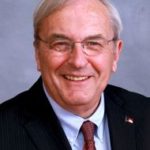 Ray Rapp served for 10 years in the NC House of Representatives until 2012. He has served as alderman and mayor of Mars Hill as well as the dean of Adult Access and a professor at Mars Hill College. He graduated from the University of North Carolina-Chapel Hill and lives in Mars Hill, Madison County. 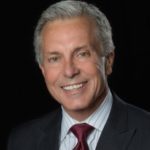 Wayne Riggins has worked as an ophthalmologist and optometrist for over 30 years. A retired Colonel in the U.S. Army Reserve Medical Corps, he completed his medical internship and residency with the Walter Reed Army Medical Center in Washington, D.C. Wayne worked as the Chief of Ophthalmology and Assistant Chief in the Department of Surgery at the Womack Army Medical Center at Fort Bragg. He is a trustee at Fayetteville State University and serves on the Board of Directors at Equality North Carolina. He currently works at Cape Fear Eye Associates in Fayetteville. 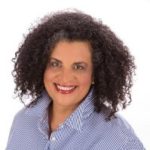 Julienne Smrcka (Co-Chair) is the former Executive Director of the New Mexico Children’s Cabinet. As director, she coordinated 16 Cabinet Secretaries in developing policy and legislation to increase efficiency of children services, and improve outcomes for children and their families. In her role, Ms. Smrcka successfully courted national philanthropy to increase their investment in New Mexico. She is published in the areas of research ethics, multicultural issues, and behavioral health services; and has presented at professional conferences both nationally and internationally. She is currently working with for-profit businesses and non-profit educational agencies to address the intersection between education, justice, and student wellbeing. A licensed Behavioral Health Clinician, Ms. Smrcka has practiced in multiple settings for the past 20 years. She received her master’s degree in clinical psychology from the California School of Professional Psychology and has a bachelor’s of science in natural science from the University of Albuquerque. 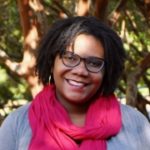 Kerrie Stewart (Co-Chair) serves as the Special Assistant to the Council on University Community, the Chancellor’s advisory committee on campus diversity at UNC Charlotte. She coordinates the Chancellor’s Diversity Challenge Fund, and works with the ADVANCE FADO to promote diversity within the faculty. Kerrie is originally from Louisiana and graduated from Xavier University in New Orleans. She received an MA in Sociology from UNC Charlotte, where she assisted with research on race and gender composition and academic achievement, and the impact of diversity on student outcomes. She is passionate about many social justice efforts and is active in advocacy for the well-being of women and girls. 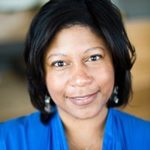 Chandra Taylor serves as a senior attorney with the Southern Environmental Law Center where she specializes in transportation and land use issues. She previously worked for the Center for Responsible Lending in Durham and the Financial Protection Law Center in Wilmington. Chandra has undergraduate and law degrees from the University of North Carolina at Chapel Hill. 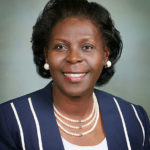 The Hon. Patricia Timmons-Goodson (Treasurer) attended the University of North Carolina at Chapel Hill, receiving a Bachelor of Arts degree in speech in 1976. She received a Juris Doctor in 1979 from University of North Carolina School of Law. In 2014, she received a Master of Laws degree in Judicial Studies from the Duke University School of Law. From 1981 to 1983, she served as an assistant district attorney for the Office of the District Attorney for the Twelfth Judicial District in Fayetteville, North Carolina. From 1983 to 1984, she was a staff attorney for Lumbee River Legal Services. She was named a District Court judge in 1984; she was subsequently elected to four-year terms as a district judge in 1986, 1990, and 1994. In 1997, she was appointed by Governor Jim Hunt to the North Carolina Court of Appeals. She retired from that court in late 2005. In 2006, Governor Mike Easley appointed her to the North Carolina Supreme Court. Upon taking her seat in February 2006, she was the first African American woman to serve on the Court. She was elected by the voters to remain on the Court in November 2006. She made it known in November 2012 that she would resign her seat before the end of the year. In 2014, President Barack Obama appointed her to the United States Commission on Civil Rights. She has served as the Vice Chair of that Commission since 2015. 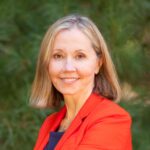 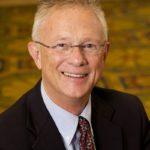 Dr. Jesse White is the retired Director of the Office of Economic and Business Development at the University of North Carolina-Chapel Hill, and also is an Adjunct Professor in the School of Government. Prior to coming to UNC in 2003, he served for almost nine years as Federal Co-Chairman of the Appalachian Regional Commission, the longest tenure in the history of the agency. White is also a nationally recognized authority on regional economic development. He is a Fellow of the National Academy of Public Administration, recipient of the Phillips Medal for Public Service from Ohio University, and a member of the Cosmos Club of Washington, DC. He serves or has served on the boards of Regional Technology Strategies, and Equality North Carolina, and on the advisory boards of Rural LISC, the Appalachian College Association, the Institute for Rural Journalism and Community Issues, the Rural Poverty Research Center, and the William F. Winter Institute for Racial Reconciliation. He has an undergraduate degree from the University of Mississippi and a doctoral degree in political science from MIT. 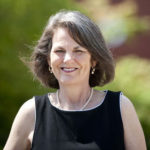 Leslie Winner is retired, previously serving as a North Carolina State Senator, Vice-President of and General Counsel for the University of North Carolina, and Executive Director of the Z. Smith Reynolds Foundation. Early in her career, Leslie was General Counsel for the Charlotte-Mecklenburg Board of Education and a public interest trial lawyer. She is the recipient of the Order of the Long Leaf Pine and currently serves as a convener and leader of the NC Leadership Forum. She received the 2016 Justice Center Lifetime Champion Award. She received the A.B. degree from Brown University and the J.D. degree from Northeastern University School of Law.