Add Your Name to Fight for Affordable Healthcare and Support Southerners for Medicaid Expansion! 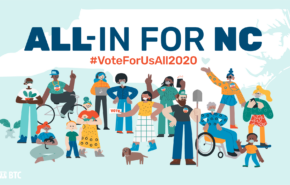 Tell lawmakers we want the government to work for us all!

With the right support from our elected leaders at every level, poverty is solvable. North Carolinians are coming together to tell our lawmakers we want our government to work for us all. Make the Pledge and vote all-in this fall! 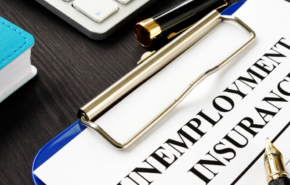 It has been almost two weeks since the $600/week boost to federal Unemployment Insurance expired. That means $290 million in income has been lost for families and communities across the state. 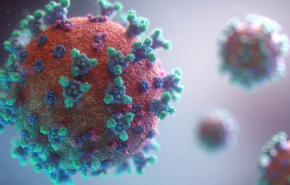 The latest federal COVID-19 relief legislation proposed by U.S. Senate leaders falls well short of what families in North Carolina and across the United States need to survive this public health and economic crisis.

North Carolina’s U.S. Senators Tillis and Burr need to act urgently to correct the inhumane and unconscionable course laid out by leaders of their chamber and party. This is not the time for piecemeal legislation that provides meager, short-term relief for the hardship faced by millions of families in our state alone. 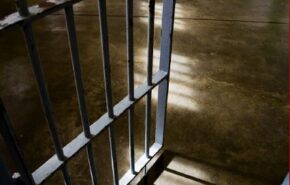 Sheriffs are required by statute to follow regulations adopted by the Department of Health & Human Services (DHHS), which establish minimum standards to ensure jails are safe for people who are incarcerated and the people who work there. The rules must be re-adopted every 10 years or they expire.  Since 2016, advocates from all over the state have worked on DHHS’ review of the jail rules, negotiating and compromising, to come up with the proposed rules that were adopted last year. These rules meet national and accreditation standards, and the sheriffs dropped their objections, which delayed implementation.

However, despite the lack of support from the Sheriff’s Association, some members of the General Assembly are trying at the very end of the session to disallow the two rules on overcrowding and outdoor spaces. It is clear that this controversial amendment, if adopted, will cause long-term harm, and that the Sheriffs Association voted not to oppose these two rules. The overcrowding rule is especially important because it is an umbrella issue that makes all of the other safety provisions possible. 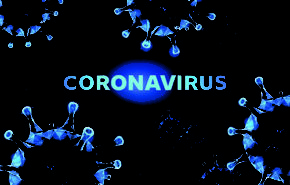 Amid the COVID-19 pandemic, many North Carolinians – white, Black, and brown – are struggling to pay their rent, put food on the table, and get the care they need. As unemployment is at a record high, N.C. families need investments that help us be well, safe, and healthy right now. Meanwhile, state lawmakers are holding back nearly $2 billion in federal COVID-19 relief funds that could help.

The General Assembly’s refusal to release funds to support people and communities is going to hurt too many across our state and will slow our recovery. 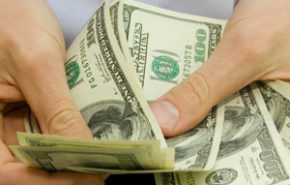 The systemic problems with our state’s Unemployment Insurance system must be addressed if North Carolina expects to recover quickly and fully from the recession brought on by COVID-19.

With federal UI programs set to begin expiring at the end of July, North Carolina policymakers must make these changes and ensure that the duration of UI matches the national standard of 26 weeks rather than the sliding scale of 12 to 20 weeks.

Take a moment to send a message on these priorities and concrete steps necessary to fix North Carolina’s Unemployment Insurance system. 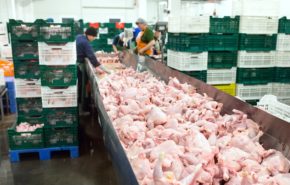 With more than 800 confirmed cases of COVID-19 at North Carolina meat and poultry processing plants and outbreaks in at least 19 plants, it is urgent that North Carolina’s leaders act swiftly to protect the thousands of workers at these plants who call North Carolina home.

Sign the petition to express our grave concerns about COVID-19 related to working conditions in North Carolina’s poultry and meat processing plants. 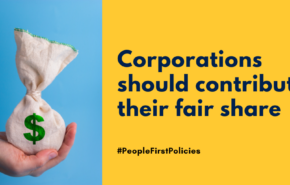