Gender earnings gap remains in N.C. — and it actually increases with more education

North Carolina has stopped making progress in closing the earnings gap between women and men over the past few years, and the size of gap deficit actually grows among peers with higher levels of education. These persistent inequalities, even for people with advanced degrees, reflect an economy that is still stacked against women, and where women’s contributions are not valued equally to those of their male colleagues.

Women’s hourly pay has actually slipped further behind their male colleagues in the past few years. Following decades of slow progress that shrank the gender wage gap in North Carolina from nearly $5 per hour in 1980 to under $2 in 2015, it grew again to $3 last year.[1] 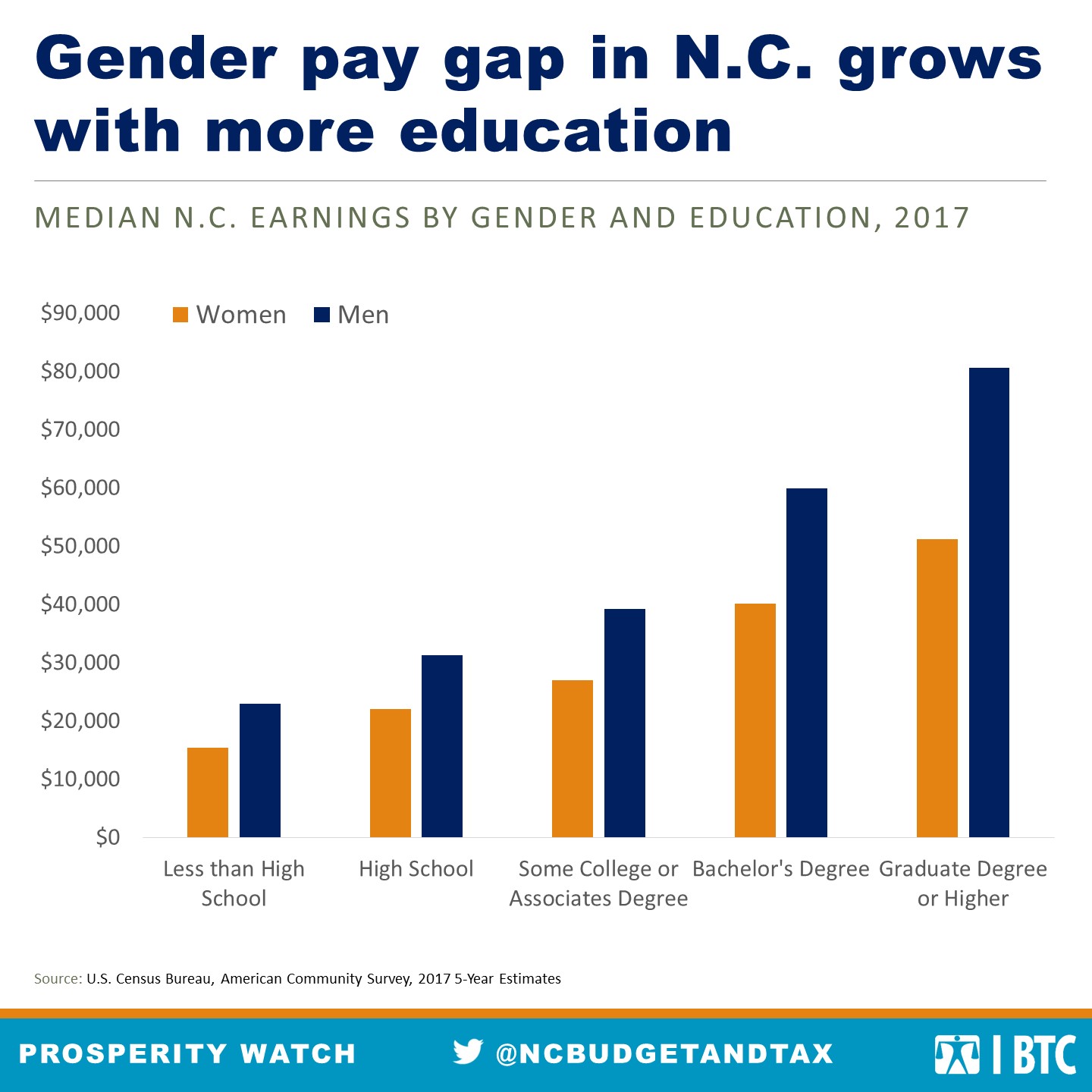 Counter to what many people assume, the gender pay gap does not dissolve with higher levels of education — it actually expands. Women with advanced degrees are actually more radically underpaid in comparison to their similarly credentialed male colleagues than are women with less formal education. Women with graduate or professional degrees in North Carolina are paid nearly $30,000 less than men with the same level of education.[2] The growing income gap is not just a function of both men and women being paid better as they attain more advanced degrees. The average income for women in North Carolina with a high school diploma is 30 percent lower than men with the same level of education, while the deficit expands to 36 percent for women with graduate or professional degrees.

No one single factor explains inequitable earnings up and down the educational ladder. Women still face implicit and explicit biases in the hiring and promotion process, resulting in lower pay for the same work and less upward mobility than equally accomplished colleagues. Women also continue to shoulder more of the burdens of caring for family members and work in the home, which our economy fails to value adequately and allows their male colleagues more freedom to pursue careers that the market does recognize. These and other barriers regularly leaves women at a disadvantage that education alone clearly doesn’t fix.

We’ve made substantial progress in leveling the economic playing field between men and women in the past century, but these data clearly show the work is far from complete.