“We haven’t done nearly enough to support people and communities having a rough go of it right now,” said Patrick McHugh, Research Manager with the North Carolina Budget & Tax Center. “Unless we focus more state and federal assistance on people bearing the brunt of this storm, we’re going to see a replay of the Great Recession when a lot of people of color, people working for the worst wages, and rural communities never recovered.” 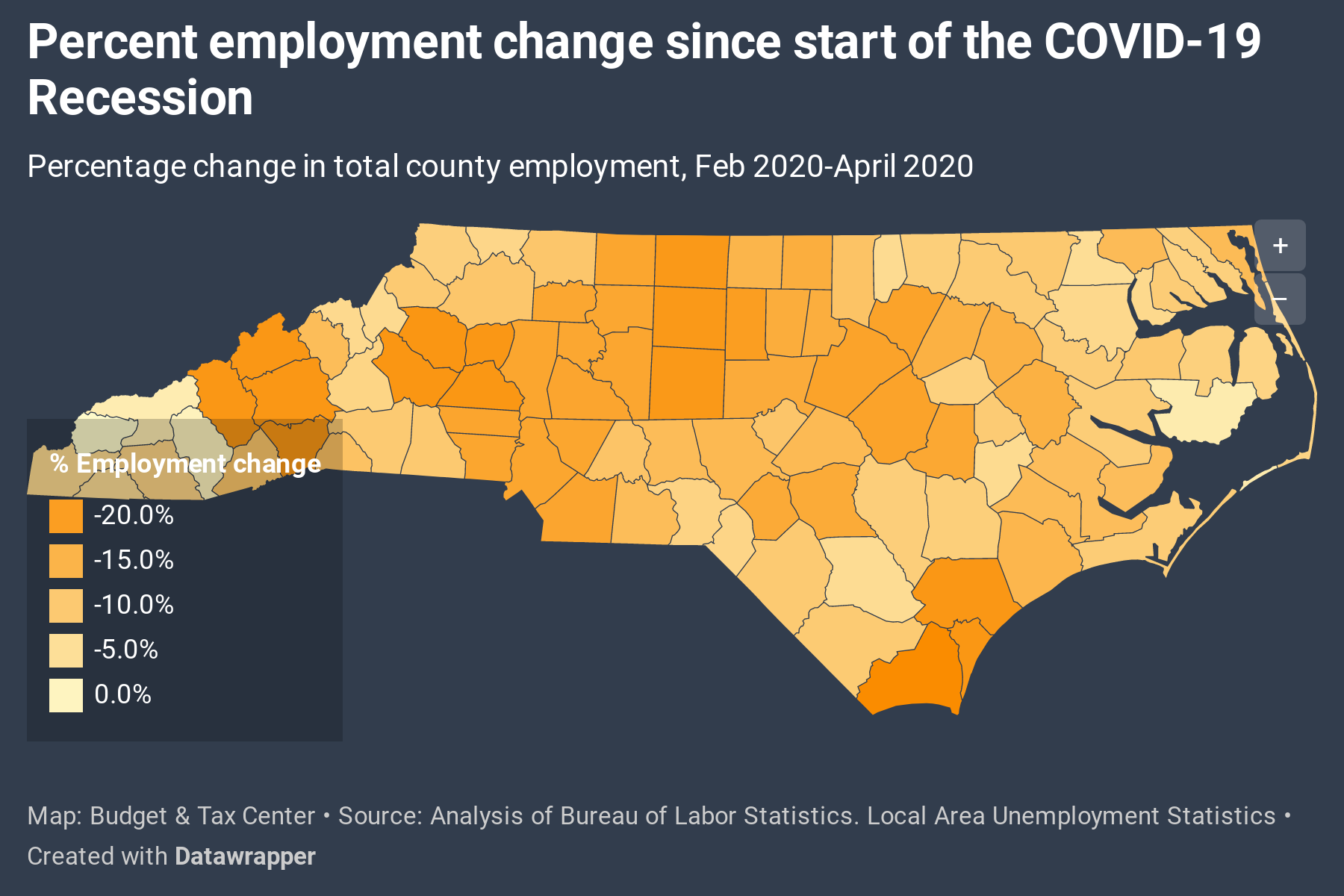 For charts showing the most recent labor data county by county, including the context of COVID-19 effects, visit the Budget & Tax Center’s Labor Market page at NCJustice.org/labormarket.

For daily updates on the number of Unemployment Insurance claims and ongoing analysis of the economic impact of COVID-19, visit NCJustice.org/labormarket.