Infant mortality data reveal long-standing economic and social disparities that exist along racial and ethnic lines — disparities that are actually getting worse in many cases. Overall infant mortality has declined from 1991 to 2016, as the number of deaths prior to age 1 per 1,000 live births in North Carolina declined from 12.2 deaths to 7.2 deaths. However, when disaggregated by race and ethnicity, the data tell a more complex story.

The infant mortality rate is declining more rapidly for white children compared to many communities of color. From 1997 to 2016, the rate declined 22 percent for white infants but only decreased by 14 percent for African-American and Black infants. Mortality among Hispanic and Latinx infants actually increased by 25 percent during the same time period. 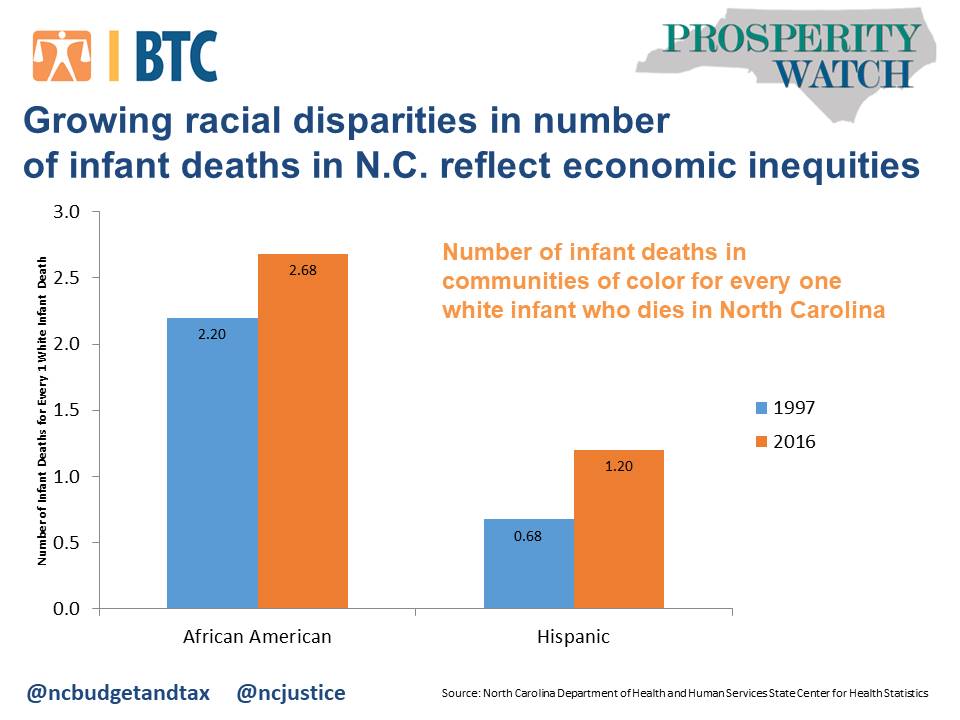 These growing gaps in infant mortality are rooted in disparate access to economic opportunities and resources that impact health. While two leading causes of infant death in the United States are attributable to preterm births and birth defects, the underlying root causes point to social factors such as family income, access to health care and insurance, access to prenatal care, mother’s education, and experiences of discrimination and systemic racism. Addressing and eliminating racial barriers to economic opportunity is a vital step in protecting infants and giving everyone in North Carolina the chance to live full and healthy lives.