The last ten years of economic growth have done little to boost wages in North Carolina. While the stock market more than doubled in value since January of 2010 when we were just exiting the Great Recession, wages for working North Carolinians have hardly budged. The hourly wage in November of last year was roughly $4.70 higher than at the start of the decade, without considering inflation which wipes out virtually all of that increase. By comparison, $10 million in stock of companies in the Dow Jones Index in 2010 would be worth over $17 million now. 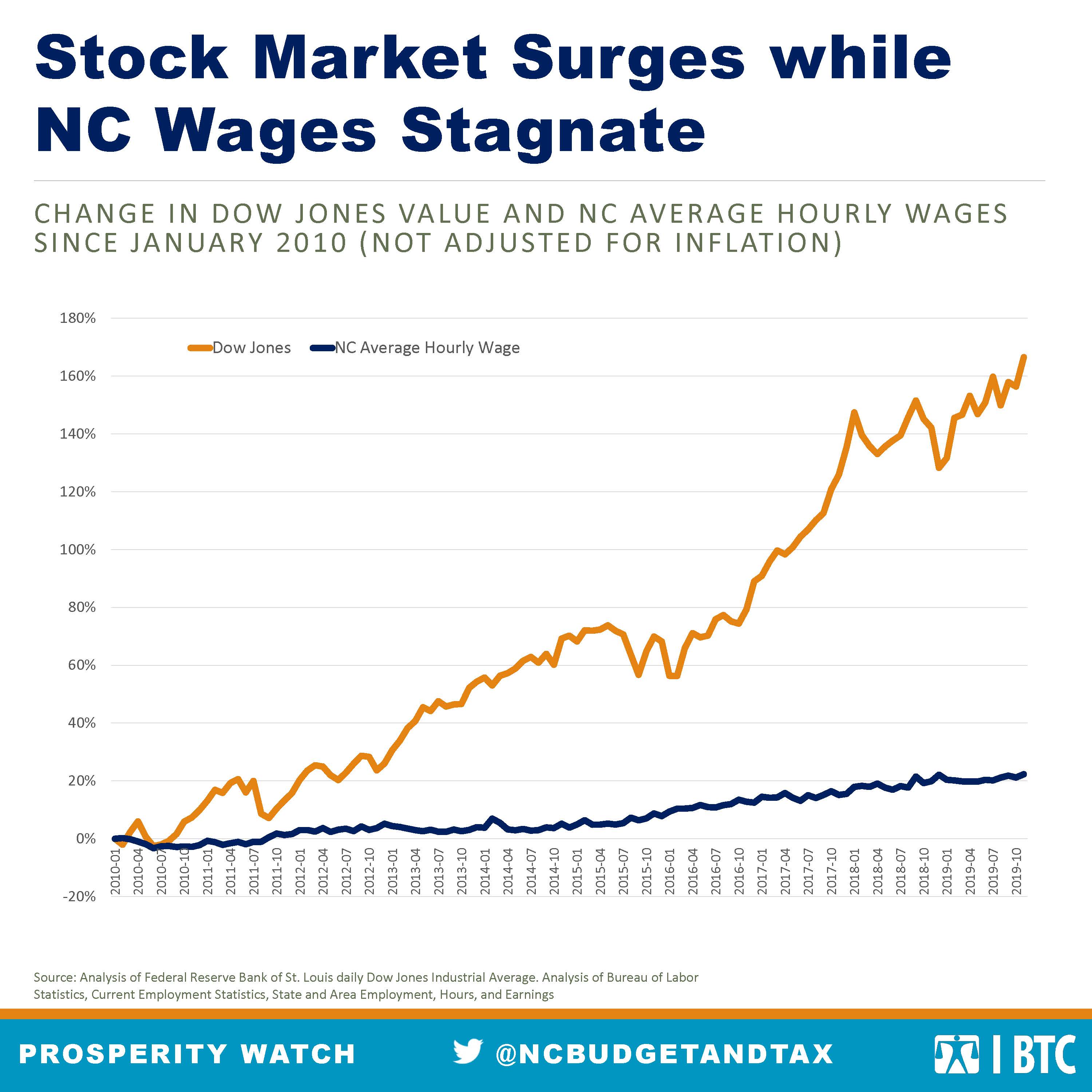