New county-level analysis from the Budget & Tax Center shows the impact that the federal Earned Income Tax Credit (EITC) has on North Carolina families and their local communities. Working families earning low-wages live in every one of North Carolina’s counties.

The EITC is a tax credit for these working families that reduces poverty and rewards work for low- and moderate-income households. It has been a part of federal tax law since 1975.

It is especially important today in North Carolina. One in 3 workers in the state earn poverty-level wages.[i]  One in 4 children lives in poverty in the state.[ii]  Low-income children whose families use tax supports like the EITC perform better in school, are more likely to attend college, and earn more on average when they grow up.[iii]

It is also a tool to address the state’s upside-down tax code. By converting our state’s personal income tax to a flat rate, expanding the sales tax base, and eliminating crucial credits, legislators have created a system that has the lowest-income households carrying a heavier tax load than everyone else. According to the Institute on Taxation and Economic Policy, low-income North Carolinians pay nearly twice the share of their income in taxes as our state’s richest residents.[iv] 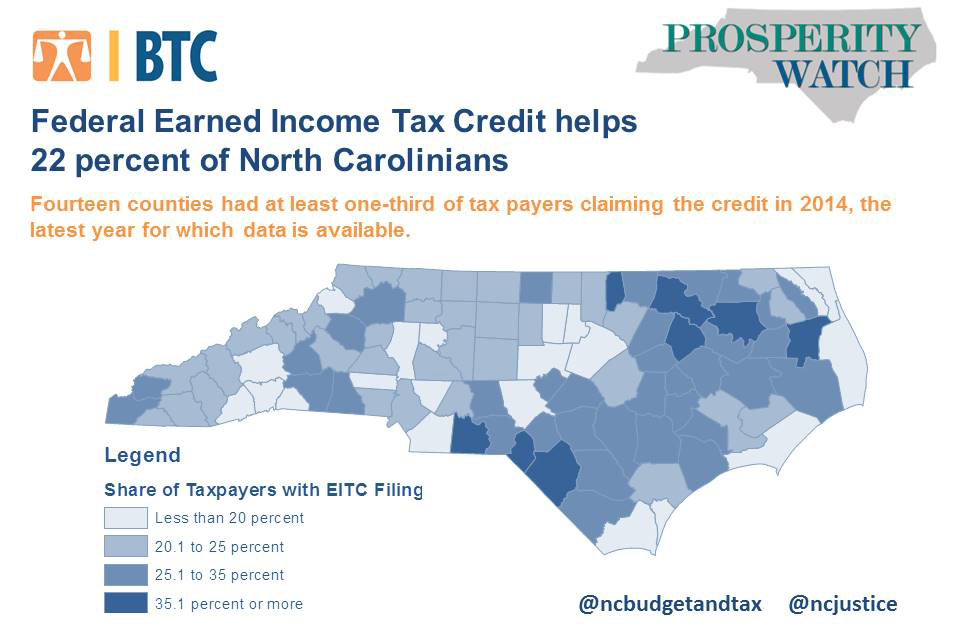 Having a refundable EITC at the state level would strengthen the benefits of the federal EITC for North Carolina working families. It would put more of their earned money back in their wallets so that they can make ends meet and boost local economies through their spending.