RALEIGH (June 19, 2020) — A modest uptick in employment during May still left North Carolina in a deep economic crisis. More than a million North Carolinians have filed unemployment insurance claims since March 15, and most of the jobs lost have not been recovered.

“A lot of people got excited when the national unemployment rate dipped in May, but it was always grossly premature to declare the crisis over,” said Patrick McHugh, Research Manager with the North Carolina Budget & Tax Center. “Sober economists expect recovery from the COVID-19 pandemic to be a long haul, particularly if the federal and state governments don’t do much more to help people who have lost their livelihoods to this pandemic.” 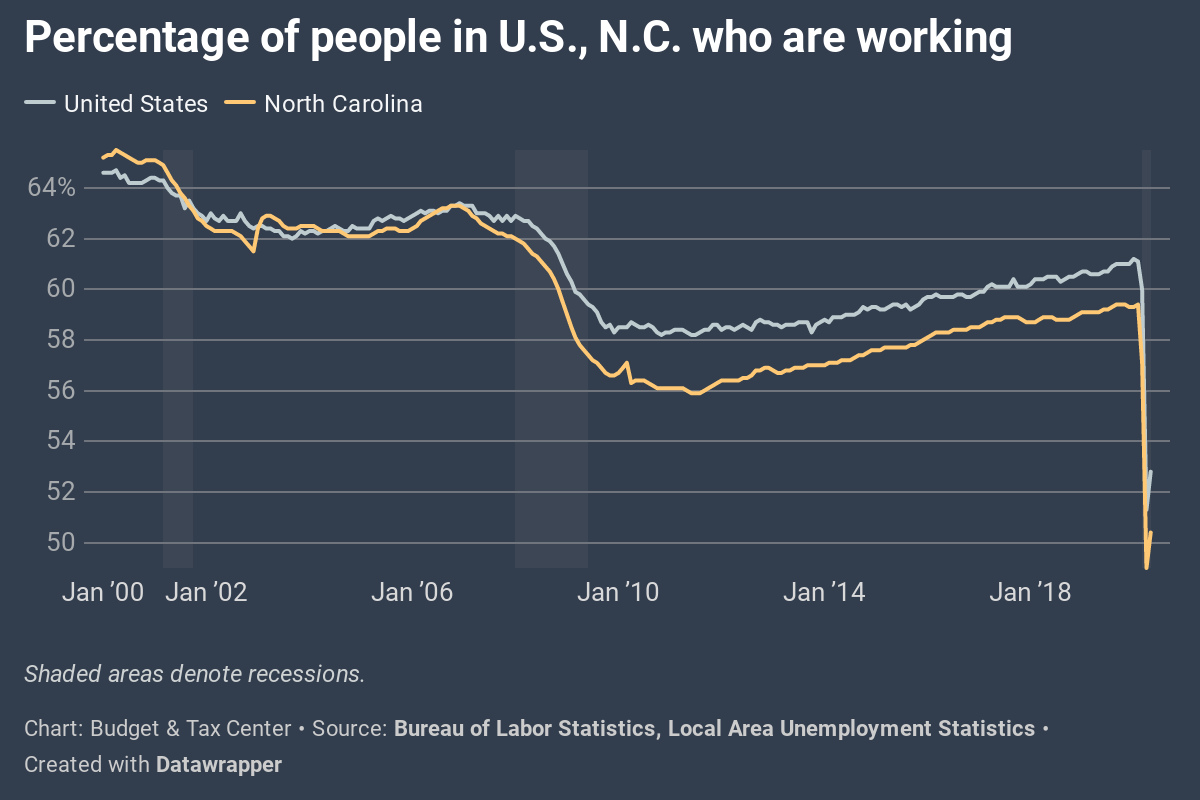 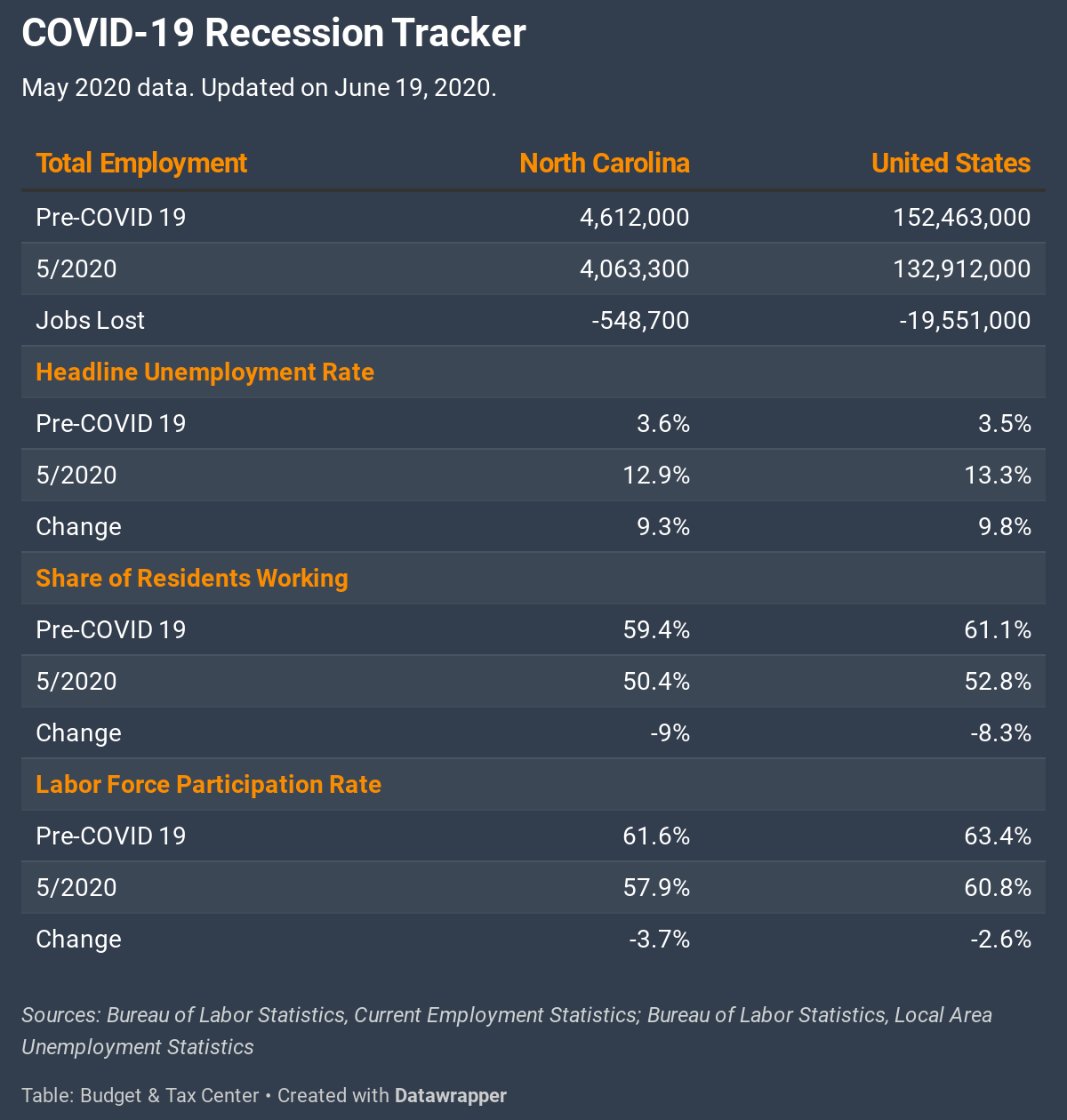