“February will mark the end of an incomplete recovery from the Great Recession and we need to be preparing now for a downturn at least as bad as that this time around,” said Patrick McHugh, Senior Economic Analyst with the North Carolina Budget & Tax Center. “We’re experiencing the fastest loss of jobs in American history and will hit half a million North Carolinians filing for unemployment as a result of this crisis in the next few days. People are suffering, so the state legislature needs to act urgently to keep the economic consequences of this outbreak from getting far worse.”

For daily updates on the number of Unemployment Insurance claims and ongoing analysis of the economic impact of COVID-19, visit NCJustice.org/labormarket. 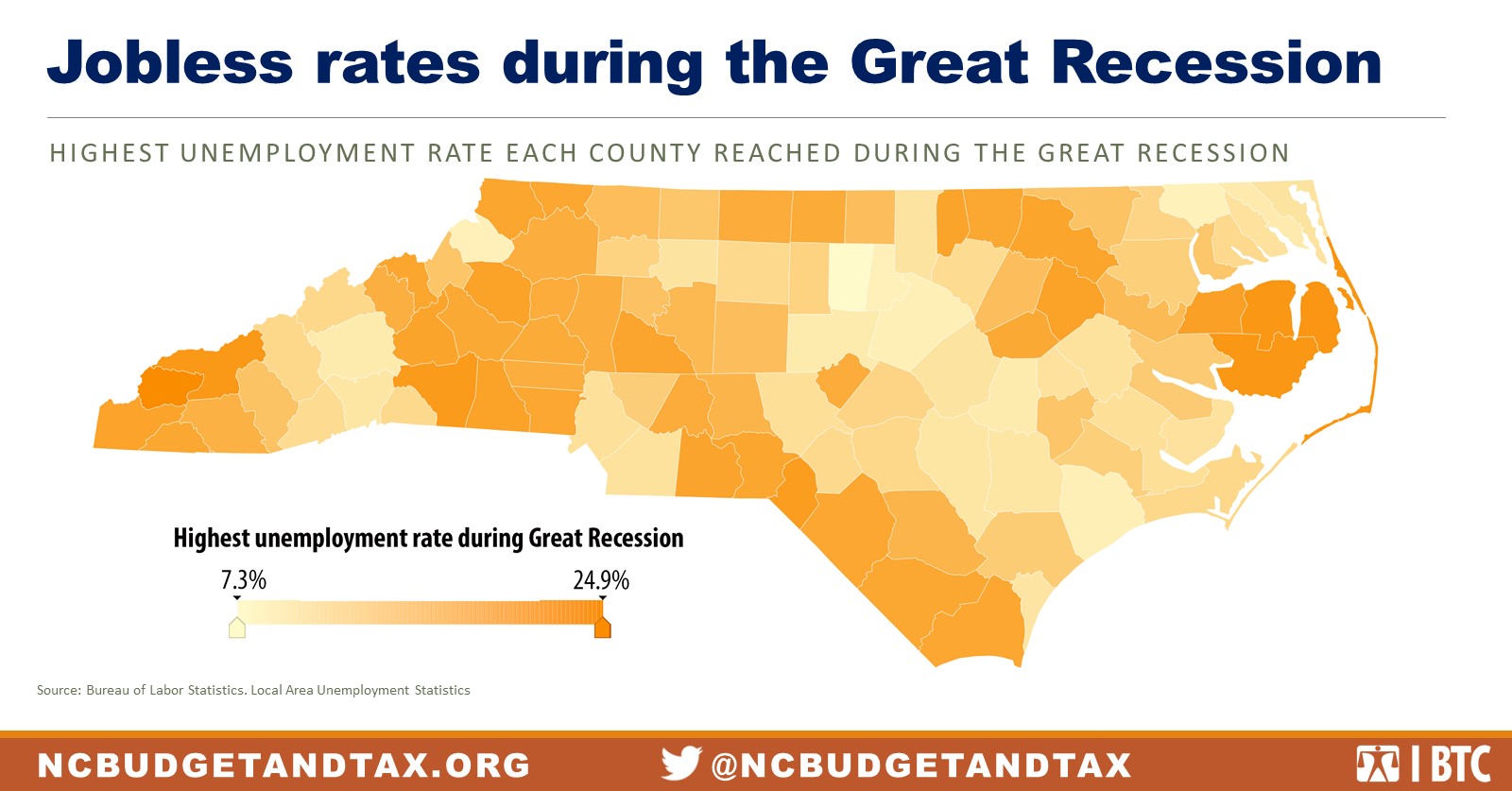 (Click image for an interactive version to see each county rate.)