“The scope of the job losses is simply staggering,” said Patrick McHugh, Research Manager with the North Carolina Budget & Tax Center. “Job losses are concentrated in industries and occupations that typically pay the worst wages so a lot of the people who lost jobs in April had little or no financial cushion to fall back on. Many of the jobs that have disappeared likely won’t be coming back anytime soon, which means state and federal leaders have to figure out a way to support people through an economic crisis unlike anything in living memory.” 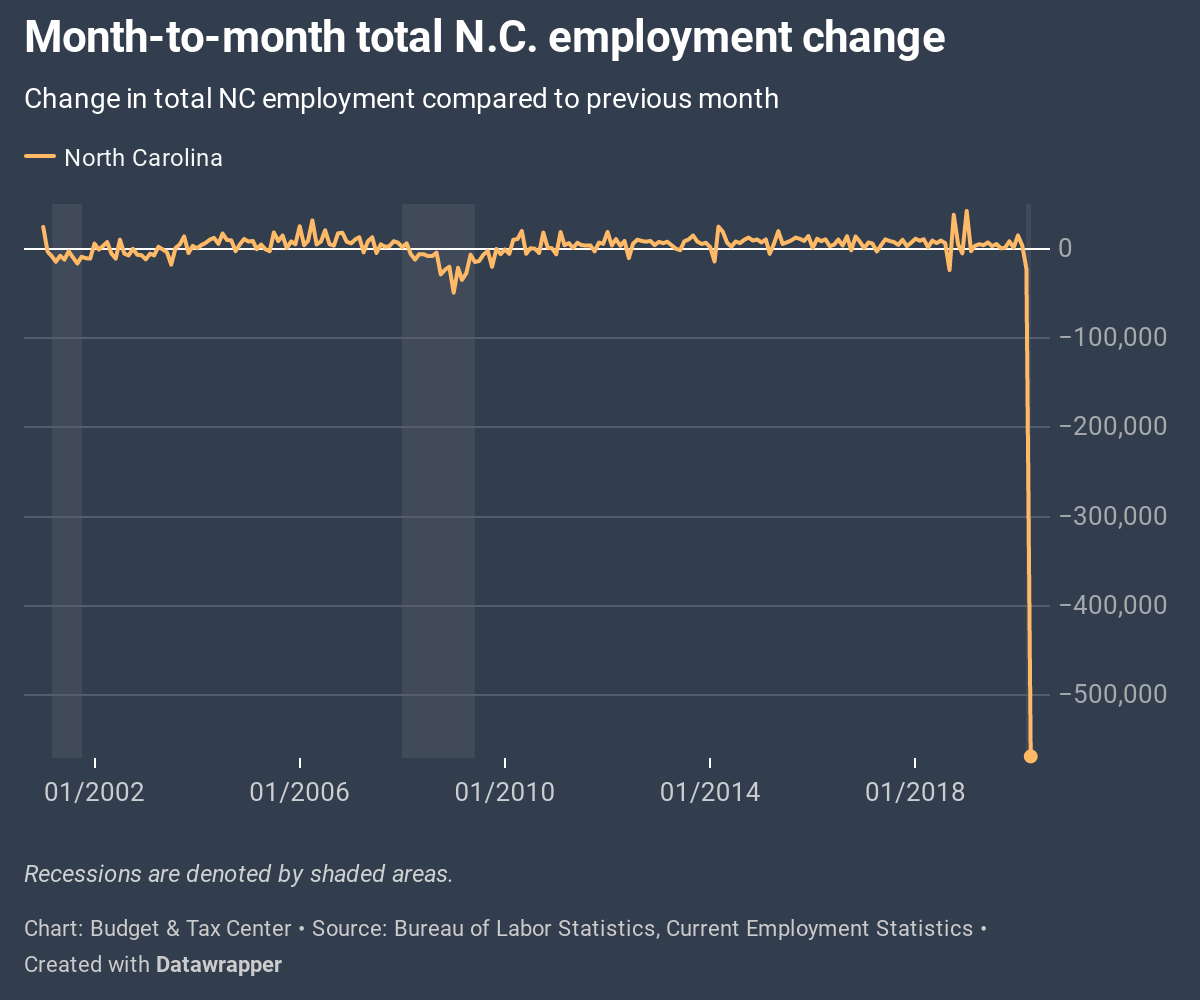 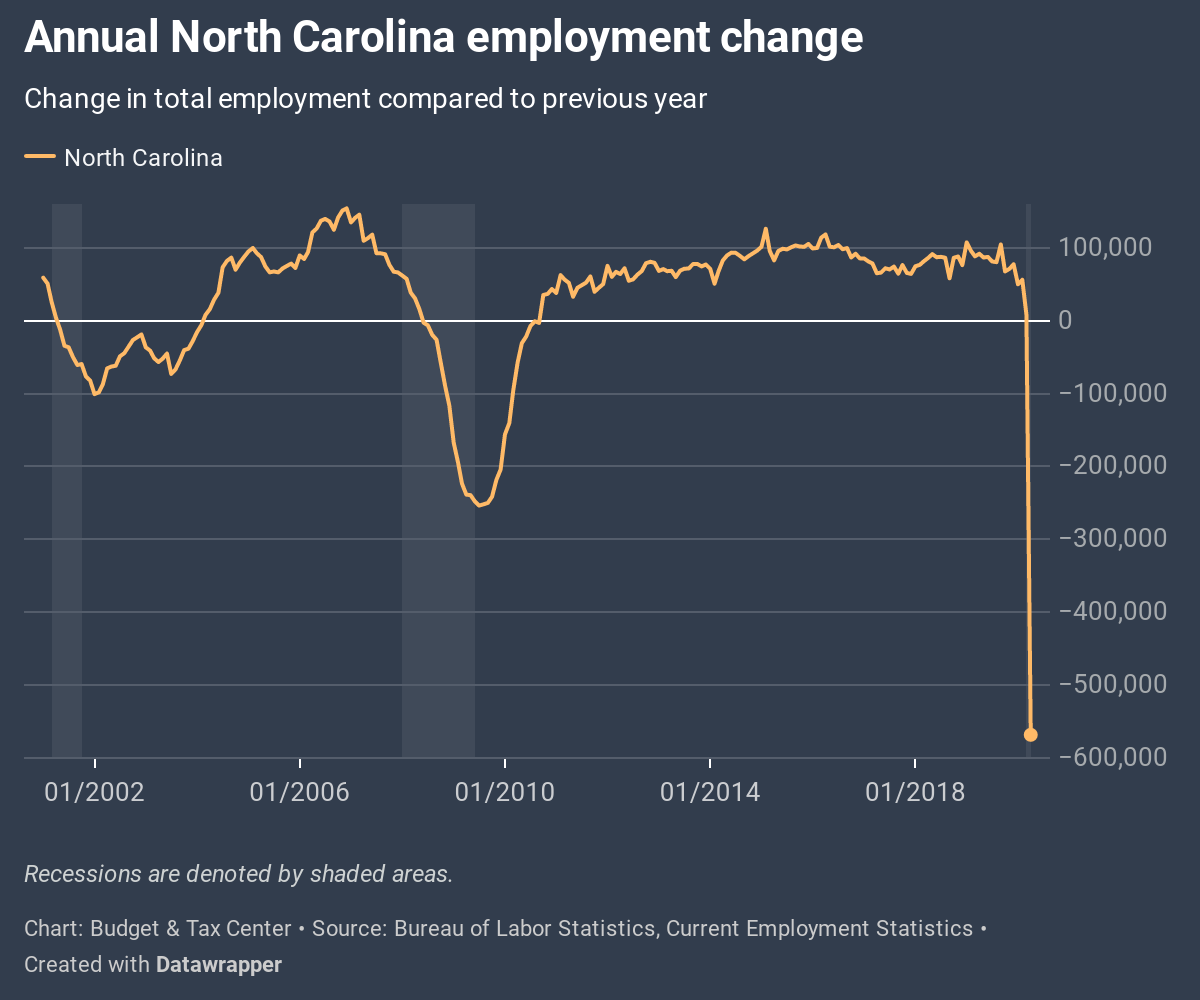 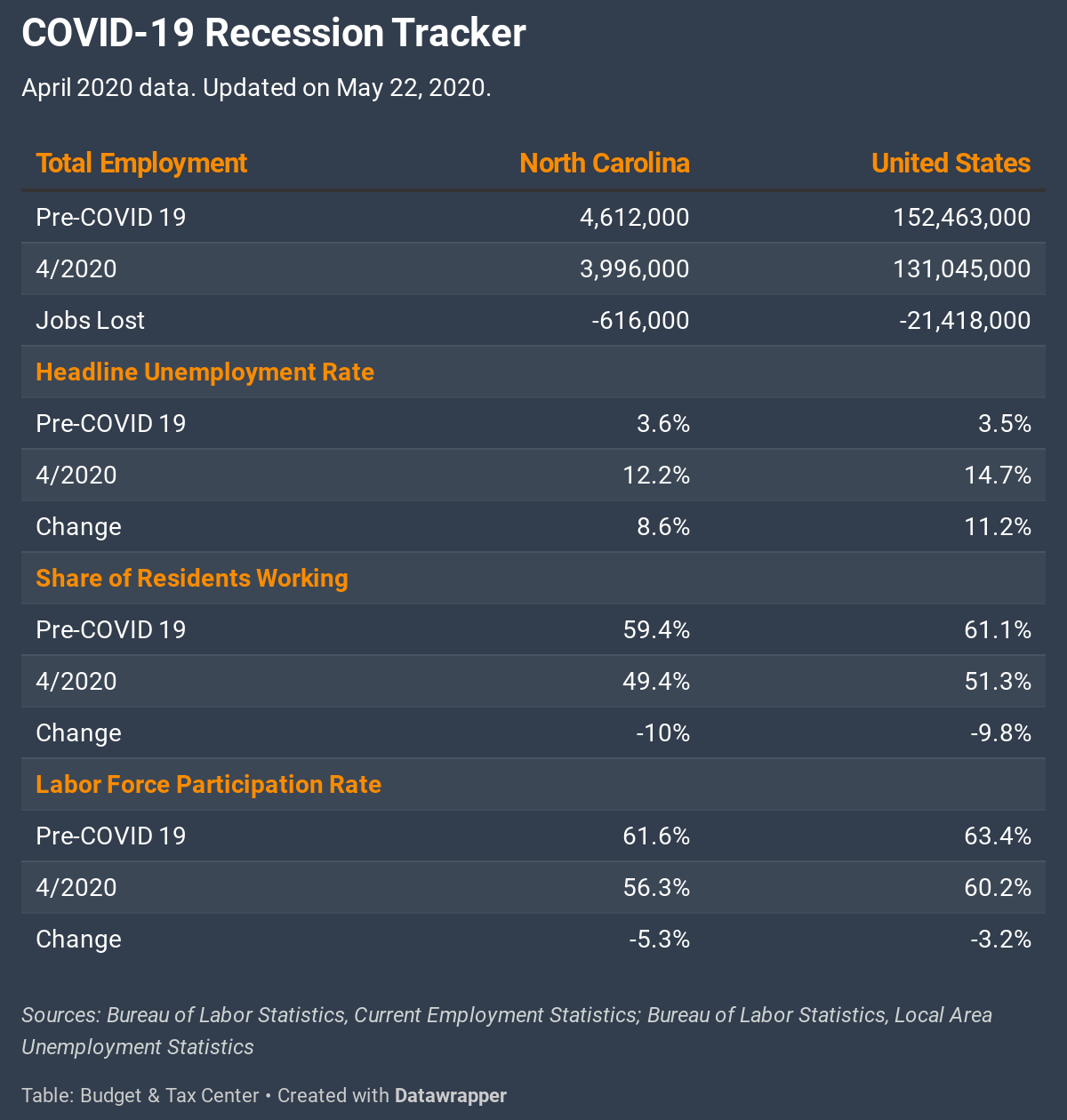