Media Release: One year into the pandemic, new report analyzes effects of COVID aid so far

RALEIGH (April 22, 2021) — A new report released today by the Budget & Tax Center documents some of the lessons learned in the past year of the COVID-19 pandemic and the effects of previous pandemic aid.

The report shows that the recovery needs the action of state leaders. High-wage and medium-wage jobs have more than recovered from the initial losses, while more than 1 in 7 of the worst-paid jobs in North Carolina are still missing. And by the latter part of 2020, roughly 30 percent of women who had lost a job due to COVID-19 were out of work because they lacked child care — compared with only 4 percent of men.

“North Carolina has some big choices to make in the coming months, choices that will shape how the recovery from COVID-19 happens, and what kind of state will emerge from the pandemic,” said Patrick McHugh, Research Director for the North Carolina Budget & Tax Center and author of the report. “The response thus far has failed to address the scope of the harm created by COVID-19 and threatens to leave our state worse off, even once the pandemic has passed. With federal aid from the American Rescue Plan to be allocated and state dollars available, North Carolina can afford a plan that gets everyone a recovery.”

Some of the key lessons documented in the report include: 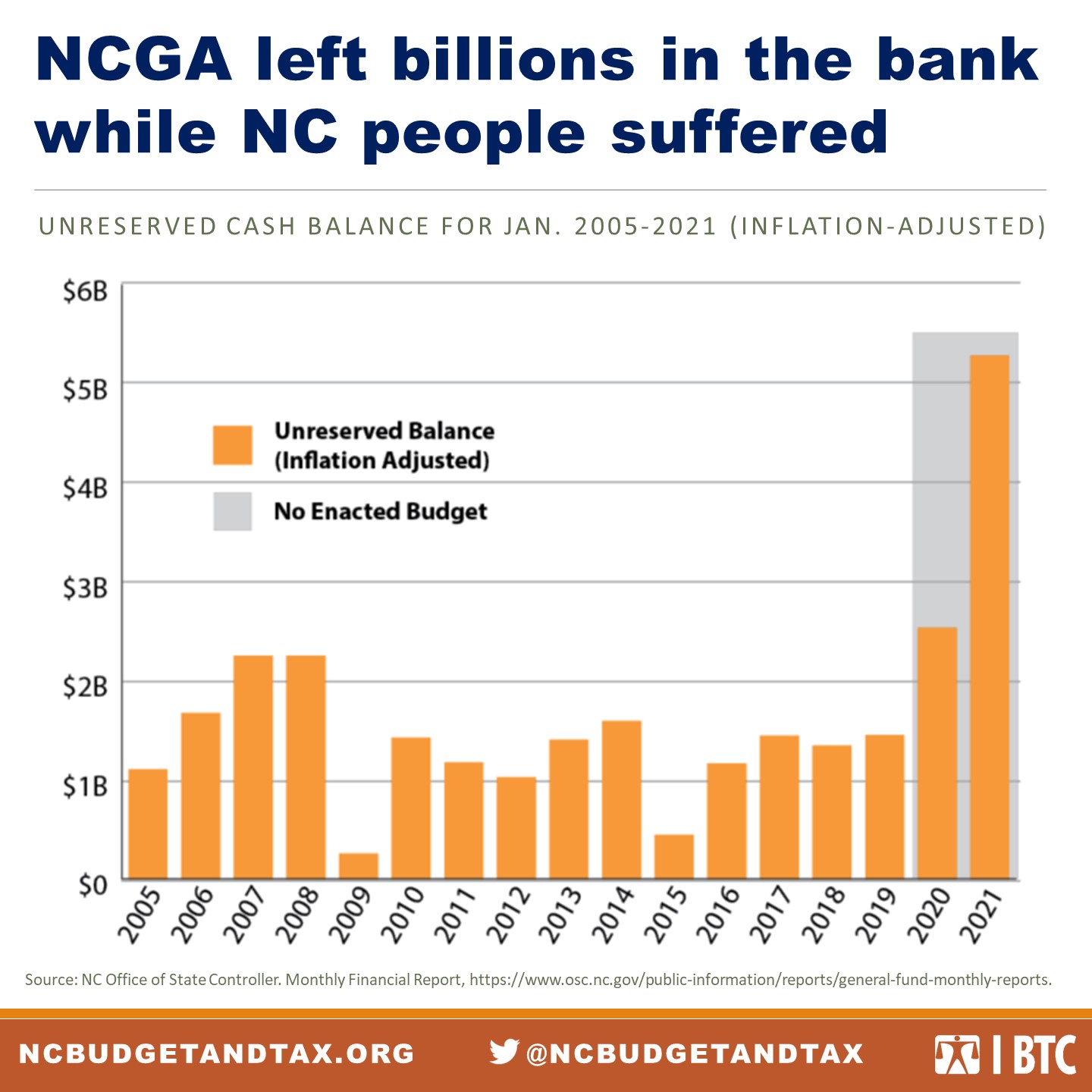 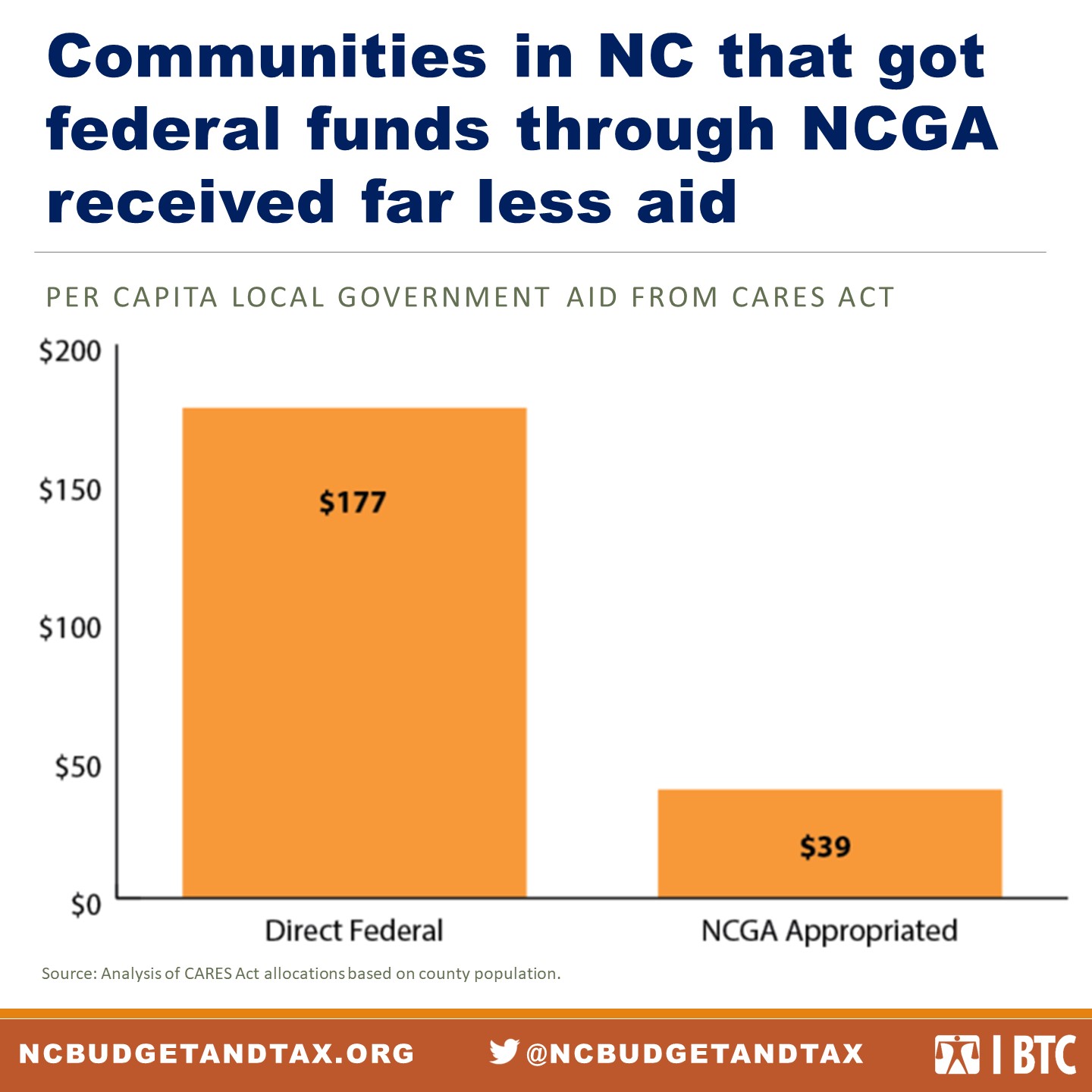 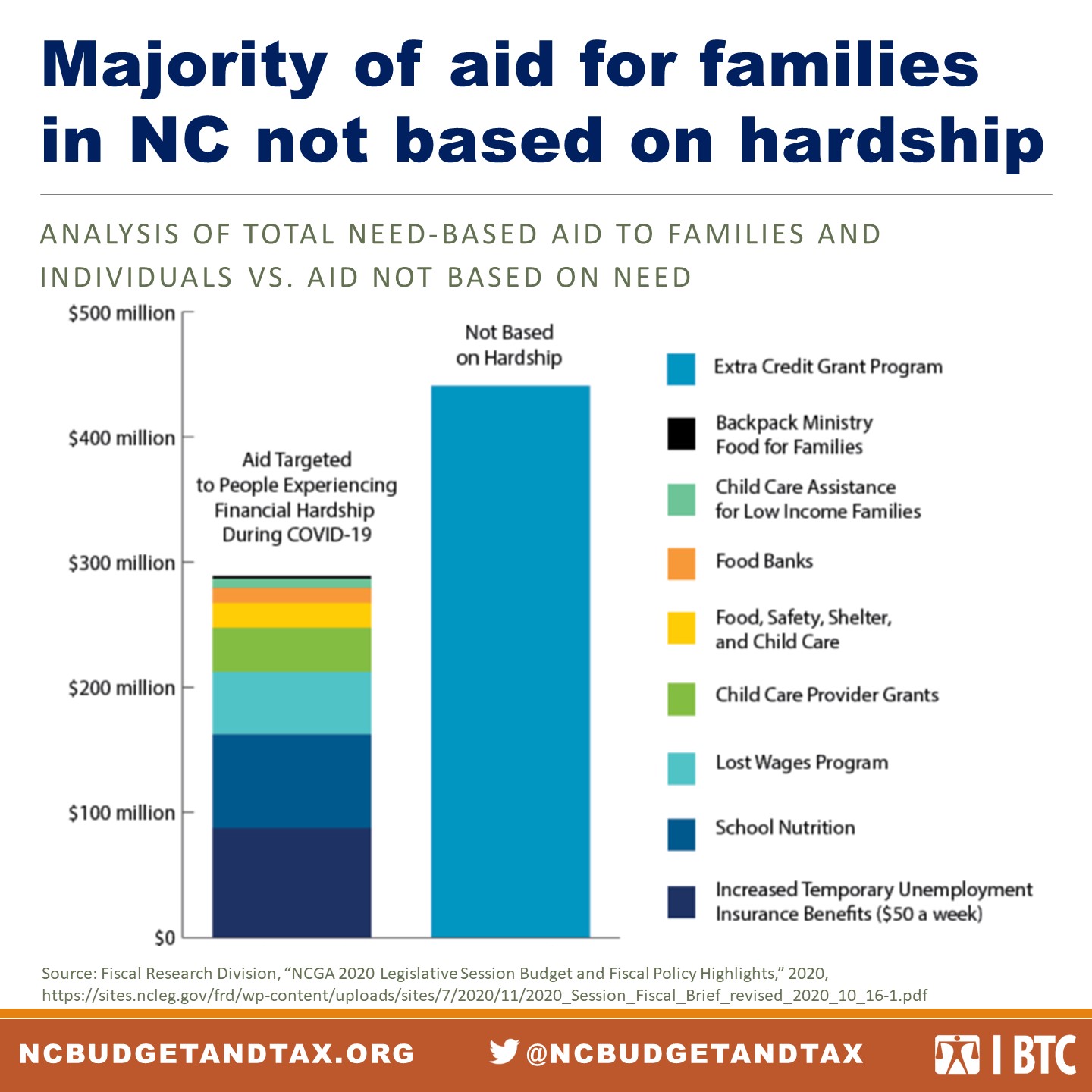 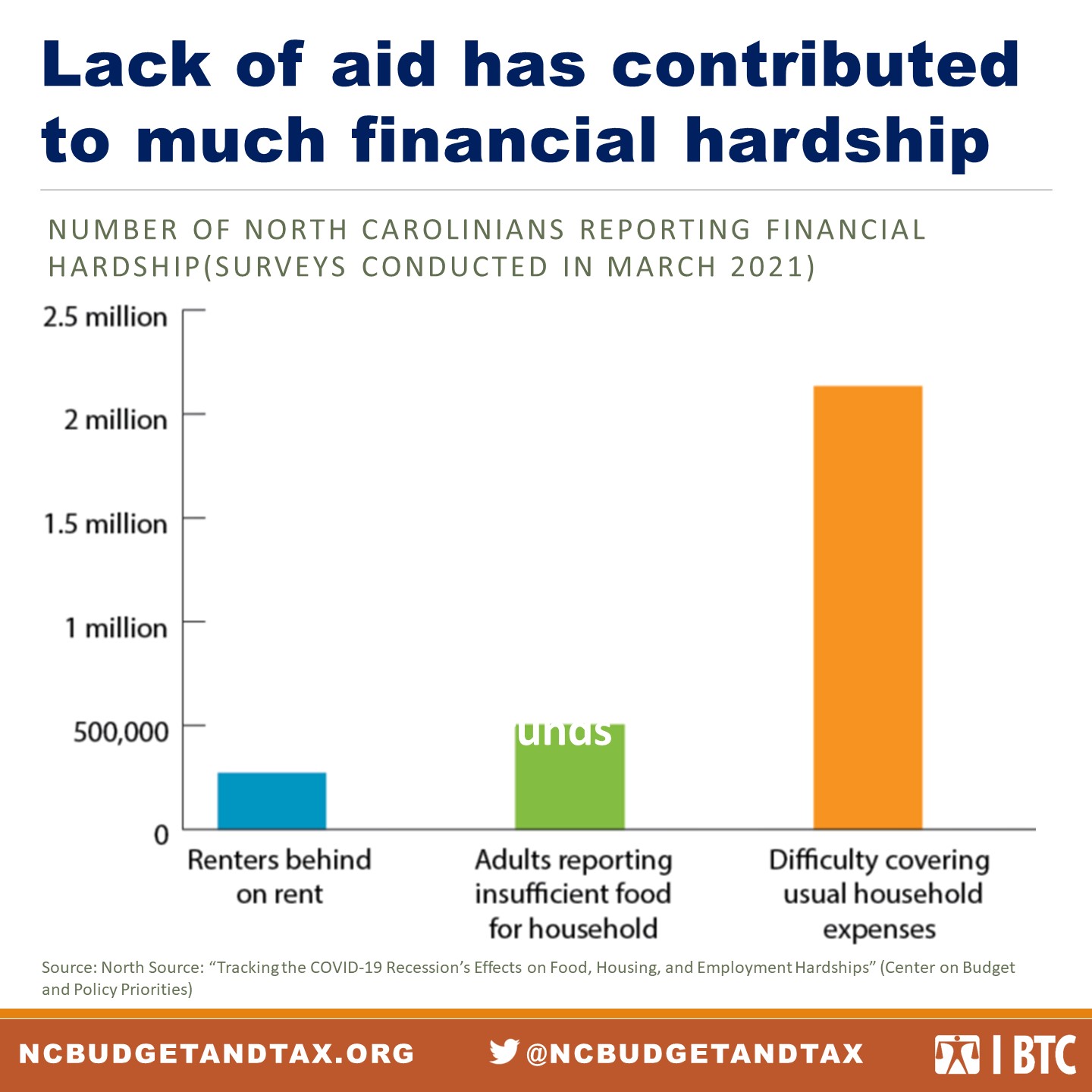 “Real recovery requires sustained commitment to rebuilding our public institutions,” said McHugh. “Trying to patch holes with one-time fixes will leave us exposed the next time the winds kick up, so we cannot simply look to the next few months in deciding how to build for the future. Even with more federal aid on its way, North Carolina needs a plan for the longer future which will better prepare us for the next crisis.”