RALEIGH (July 17, 2020) — Job gains in May and June have not pulled North Carolina out of a deep economic crisis. More than a million North Carolinians have filed unemployment insurance claims since March 15, and the majority of jobs lost during this pandemic have not been recovered.

“We’re headed for even more economic harm if Congress doesn’t extend supplementary Unemployment Insurance benefits before they run out at the end of this month,” said Alexandra Sirota, Director with the North Carolina Budget & Tax Center. “North Carolina can’t afford the loss of this federal boost because the General Assembly has thus far failed to fix the meager state benefits.”

Research into the economic effects of the loss of the $600 per week boost in Unemployment Insurance provided under the federal program shows that North Carolina will lose $364 million each week in income for the state’s economy, and jobless workers would see a 70 percent reduction in wage replacement that would push more people into economic hardship.

“Things have certainly improved somewhat since the beginning of the pandemic, but we’re a long way from being out of the woods,” said Patrick McHugh, Research Manager with the North Carolina Budget & Tax Center. “One particularly troubling trend is that some of what were originally expected to be temporary job losses are turning into prolonged layoffs, and people who lost their jobs now are less likely to have a position to go back to than people who were furloughed at the beginning of the pandemic.” 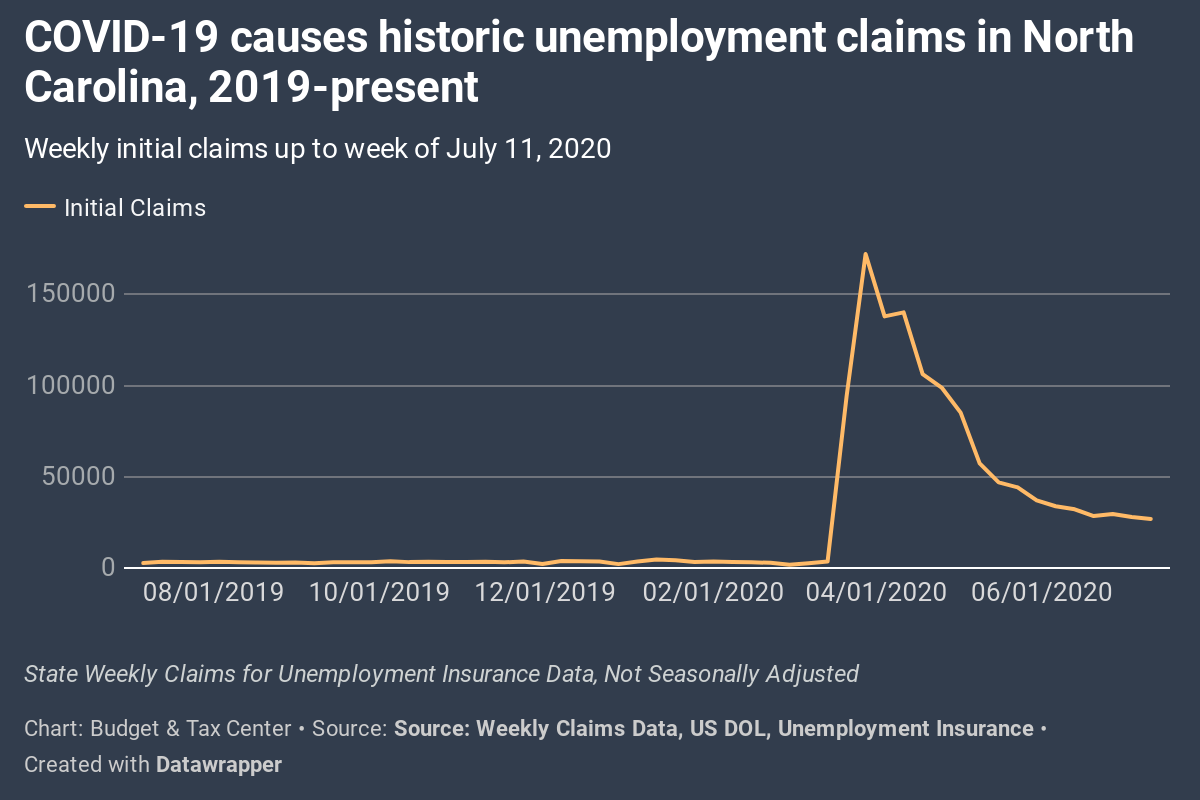 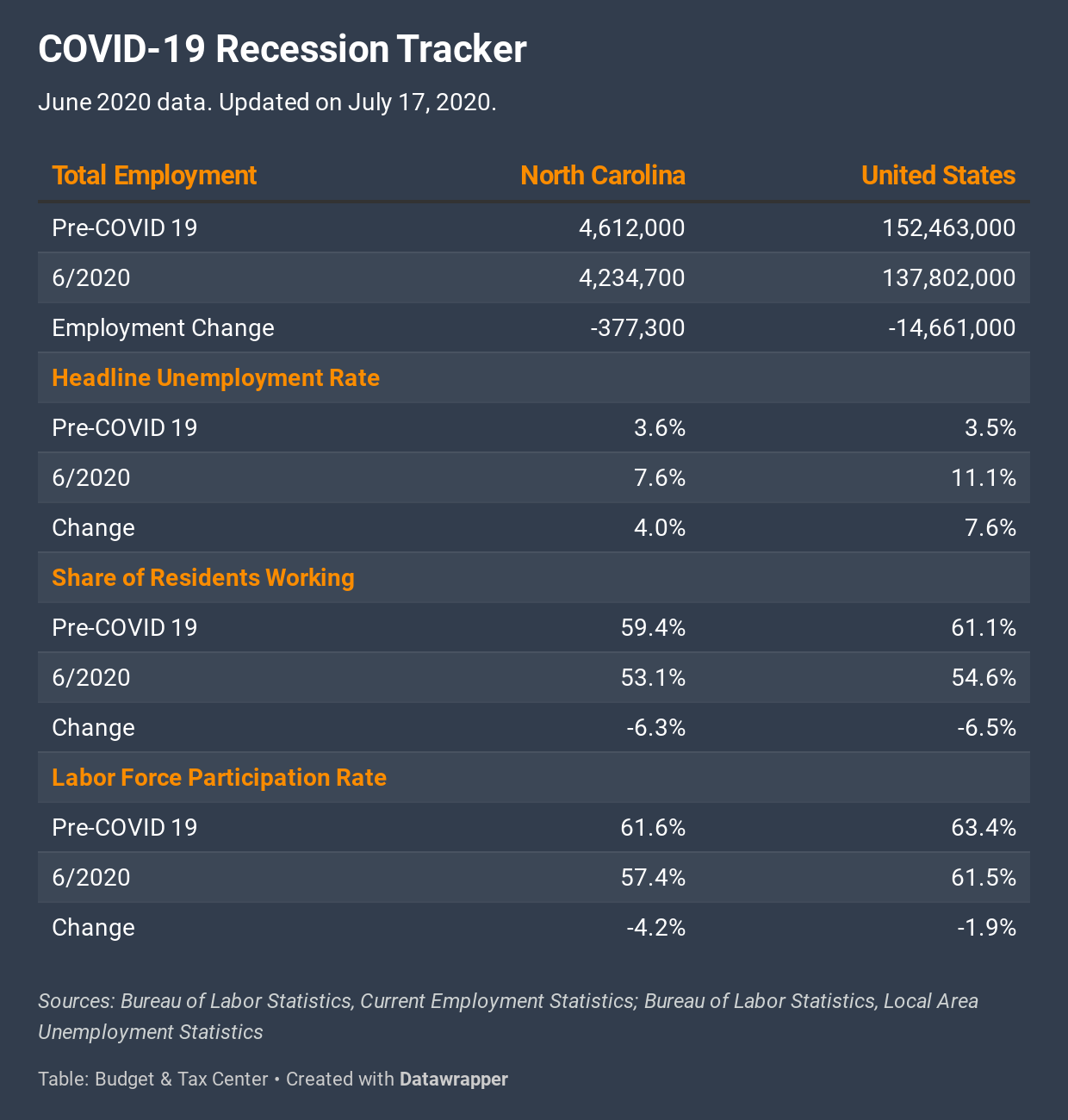 For charts showing the most recent labor data, including the context of COVID-19 effects, visit the Budget & Tax Center’s Labor Market page.