Unemployment rate dropped in N.C. because people stopped looking for work, not because of job creation

“One big story is how many North Carolinians left the labor market entirely in August because of the COVID-19 pandemic,” said Patrick McHugh, Research Manager with the North Carolina Budget & Tax Center, a project of the NC Justice Center. “The headline unemployment rate dropped mostly because people stopped looking for work, not because that many jobs were created, which is a deeply worrisome given that we haven’t even recovered half of the jobs lost during the first few months of the pandemic.” 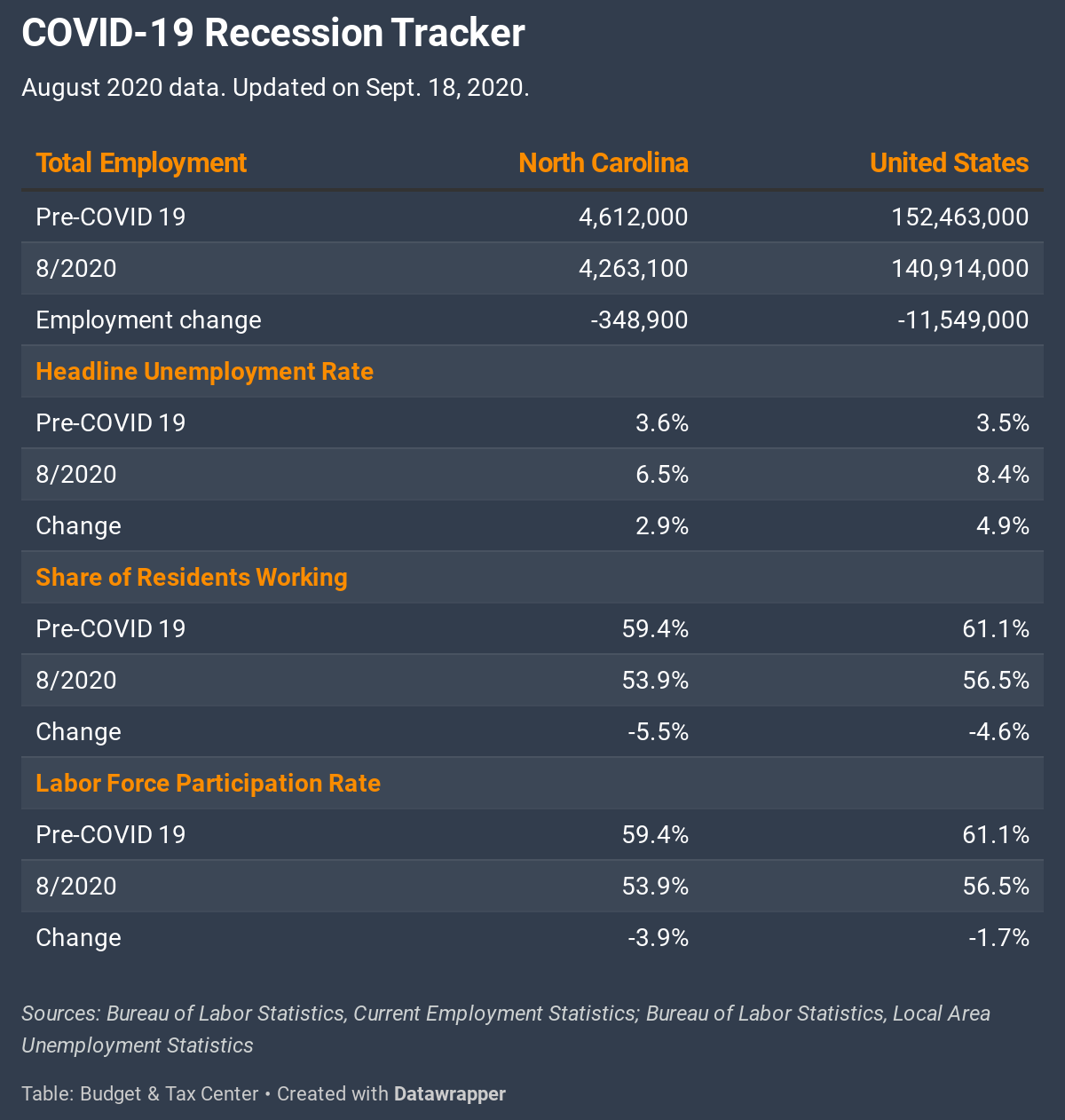 “Job losses require a policy response that recognizes that the people are the economy. When people lose jobs and wages, the broader economy struggles,” said Alexandra Forter Sirota, Director of the Budget & Tax Center. “Current Congressional debate about direct aid to people across our country affected by job losses should conclude with a bold plan to replace wages through a return to the $600 a week in federal Unemployment Insurance.”