North Carolina has never recovered to the level of employment from before the Great Recession. The headline unemployment rate would make it seem like full recovery has been achieved, but the reality is far less rosy. Matching the level of employment that existed before the Great Recession would require nearly twice the number of jobs that have been created since 2007, and the weak pace of job growth this year is not going to close that jobs deficit. 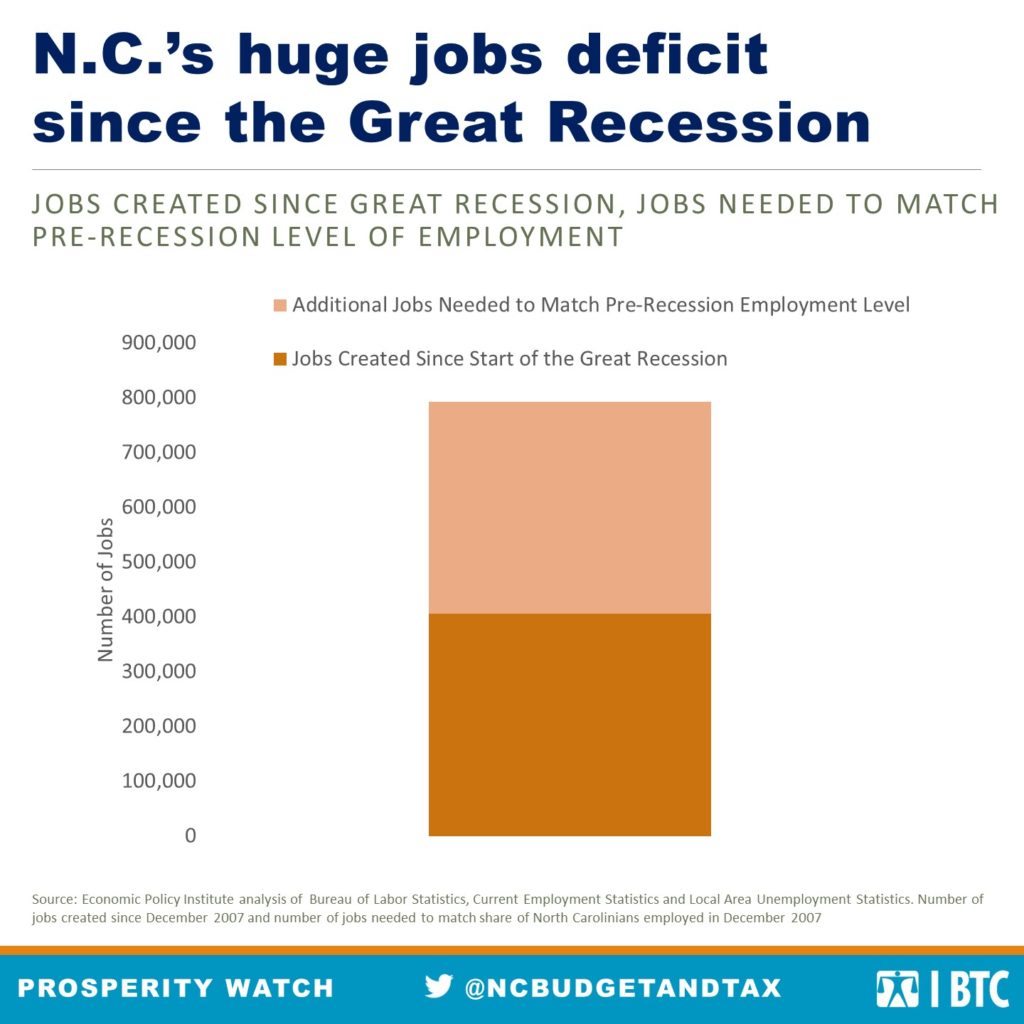 North Carolina has failed to generate the type of robust job growth needed to recover from the Great Recession and keep pace with an expanding population. Throughout most of the 2000s, up until the Great Recession, well more than 60 percent of North Carolinians reported having a job, levels of employment that have never been matched since Wall Street tanked the global economy. Employment prospects have certainly improved since the worst of the recession, but last month’s labor market figures still showed only 59.3 percent of North Carolinians were had a job. Getting North Carolina out of this jobs deficit would take nearly 390,000 more jobs than currently exist, or nearly twice the number of net jobs that have been added since 2007.

A small portion of the jobs deficit is driven by Baby Boomers retiring, but the more pressing problem is a lack of robust job growth. In 2017 (the most recent year for which data is available), nearly one-quarter of working age adults in North Carolina had been out of a job for a year, a significantly higher share of North Carolinians out of work than existed before the Great Recession.

North Carolina’s jobs deficit is all the more worrisome as employment growth has slowed in 2019. Even without another recession, this meager pace of job growth won’t close the gap left behind by the last downturn, and will continue to leave many willing North Carolina workers out of a job.