The past 30 years have seen explosive growth for a small class of the ultra-rich – billionaires.

The most dramatic change, however, has been in the past year. Since the start of the pandemic, when over 20 million jobs were lost in a few short months, billionaires have added over a trillion dollars to their collective net worth, much of it concentrated in the hands of three men. 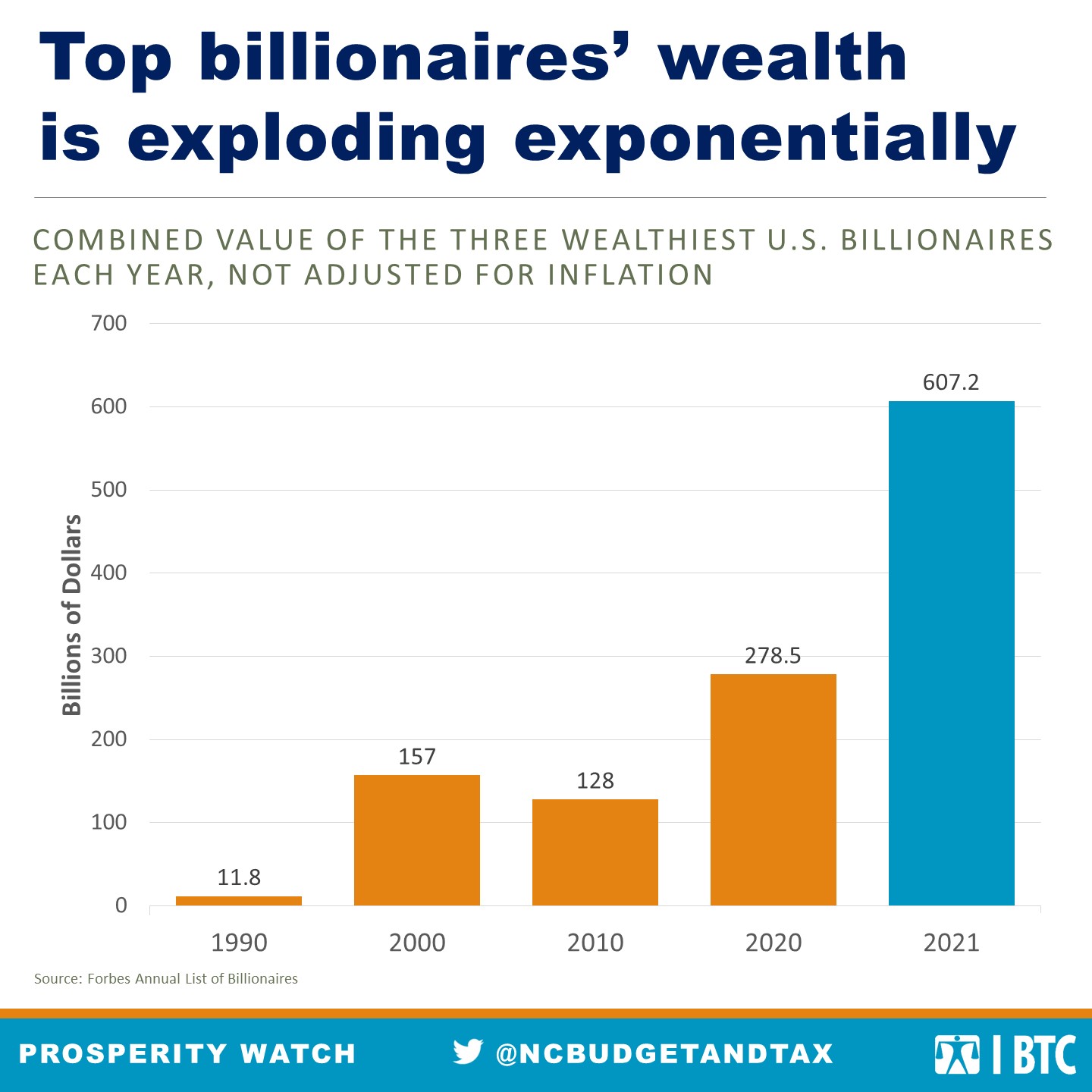 This isn’t just about three people, though. The entire class has ballooned. In 1990, there were only 66 billionaires in the country, and the wealthiest among them was only worth $5.6 billion. Today, there are more than 600. Elon Musk, the richest man in the world, is worth over $270 billion as of late October.

This expansion of billionaire wealth reflects the dramatic inequality in national household wealth. In April 2021, billionaires together held over $4.5 trillion dollars. The entire bottom 50 percent of Americans were worth just over half that amount, their wealth totaling just over $2.6 trillion.

The expansion of the billionaire class, not only in population but also in total worth, is a microcosm for some of the most pressing socioeconomic issues in this country. A lack of supportive social policies trap people in poverty across every demographic, though race and gender still form tremendous barriers to wealth no matter what the income level.