The current economic recovery is failing to close racial income gaps in most North Carolina communities. This failure to deliver broad-based income growth is stunting economic growth broadly and underscores the deeper economic challenges that are going unaddressed in the current economic climate. In an economy driven by consumer demand, these inequalities hold down economic growth overall, making it harder for everyone to achieve prosperity and security.

These disparities translate into wide differences in weekly income, with the typical Black family in many counties trying to make ends meet on less than half of their white neighbors’ income. If white households brought home $1,000 a week, according to median household income data, Black households in Chowan, Chatham, and Scotland counties only earned $435, $431 and $426, respectively. Black households from Cherokee County fared the worst in the state, with median household incomes of $10,417 compared to $35,358 of white households. A weekly paycheck for a Black household would be $295 in Cherokee compared to $1,000 for that of a white one. 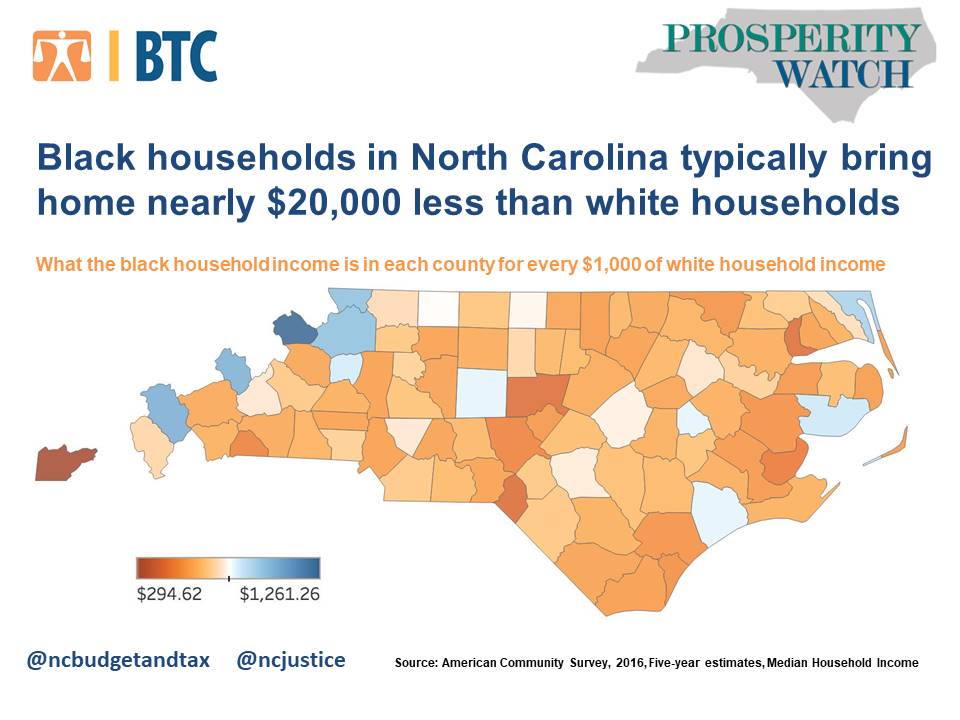 This trend indicates that some of North Carolina’s deepest and most pressing economic challenges are in plain sight. While job growth has been uneven across North Carolina for this entire recovery, these recent data show that even where growth is strong, income inequities remain rampant. If left unaddressed, these inequities will continue to drag the economy down, limiting job growth for everyone and throwing up barriers to prosperity for many North Carolina families.