Since its inception in 1965, Medicaid has served as the nation’s primary source of health insurance coverage for low-income populations and has been funded jointly by the federal government and the states. In North Carolina, the federal government pays for 66 percent of Medicaid’s costs, and the state pays the remaining 34 percent, resulting in a 2 to 1 federal “match.”

A look at the most recent data available on North Carolina’s Medicaid funding shows that for each of the past seven years, the state has received $8.2 billion in federal assistance on average. On the other hand, North Carolina has only had to contribute $3.1 billion a year in state appropriations on average during this same time period.

It is important to note that any cut in federal funding to the Medicaid program would shift costs to North Carolina and pose a risk to the state and its ability to balance the budget and meet other existing needs. 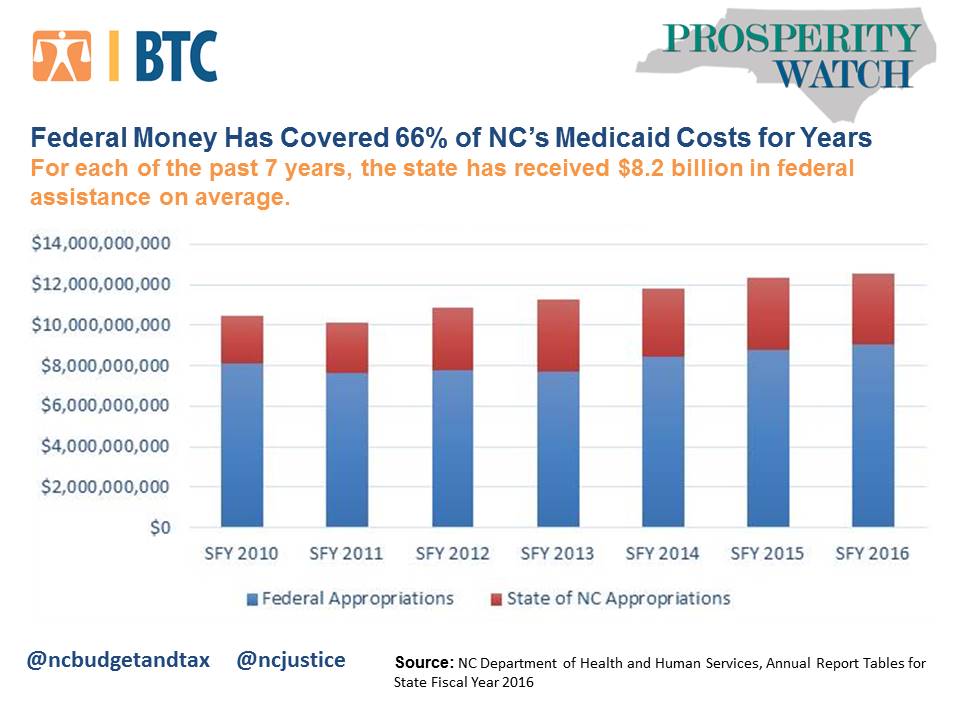 In 2016, Medicaid served nearly 2 million North Carolinians, or approximately 20 percent of the state’s population. Among those eligible for health care services were children, people with disabilities and older North Carolinians, as well as very low-income parents.