The North Carolina House of Representatives passed its proposed budget for the next two years and now North Carolinians await the Senate to release their proposal for how to fund our priorities.

The House budget is another missed opportunity to invest in our priorities that support the education of our children, the well-being of our families, and the safety and opportunity in our communities. House leaders did not fully address our state’s upside-down tax code; instead, they adopted another round of tax cuts that will primarily benefit businesses of high net worth. The result is a continuation of the decades-long trend of decreasing investments in North Carolina as a share of our economy.

After taking into account the monies set aside for the State Capital and Infrastructure Fund — a policy enacted in the 2017 session, which takes effect July 1, 2019 — the house budget spends $721 million, or 3 percent, more than the budget approved for Fiscal Year 2018-19. Due to the statutory nature of this requirement, the funds are not appropriated and therefore are not reflected in the total budget amount.

With our growing population and growing needs, this proposal will fail to serve all North Carolinians and falls short of the investments we need to sustain an economy that delivers prosperity to all.

State spending as a share of the economy continues to decrease.

State investments have continued to decline since the recession, largely fueled by our lawmakers’ backwards commitment to lowering taxes, which began in 2013. With fewer revenue dollars as a result, the state’s commitment to funding the basics such as public education, health, and infrastructure diminishes, and so do the quality of such services across our state. 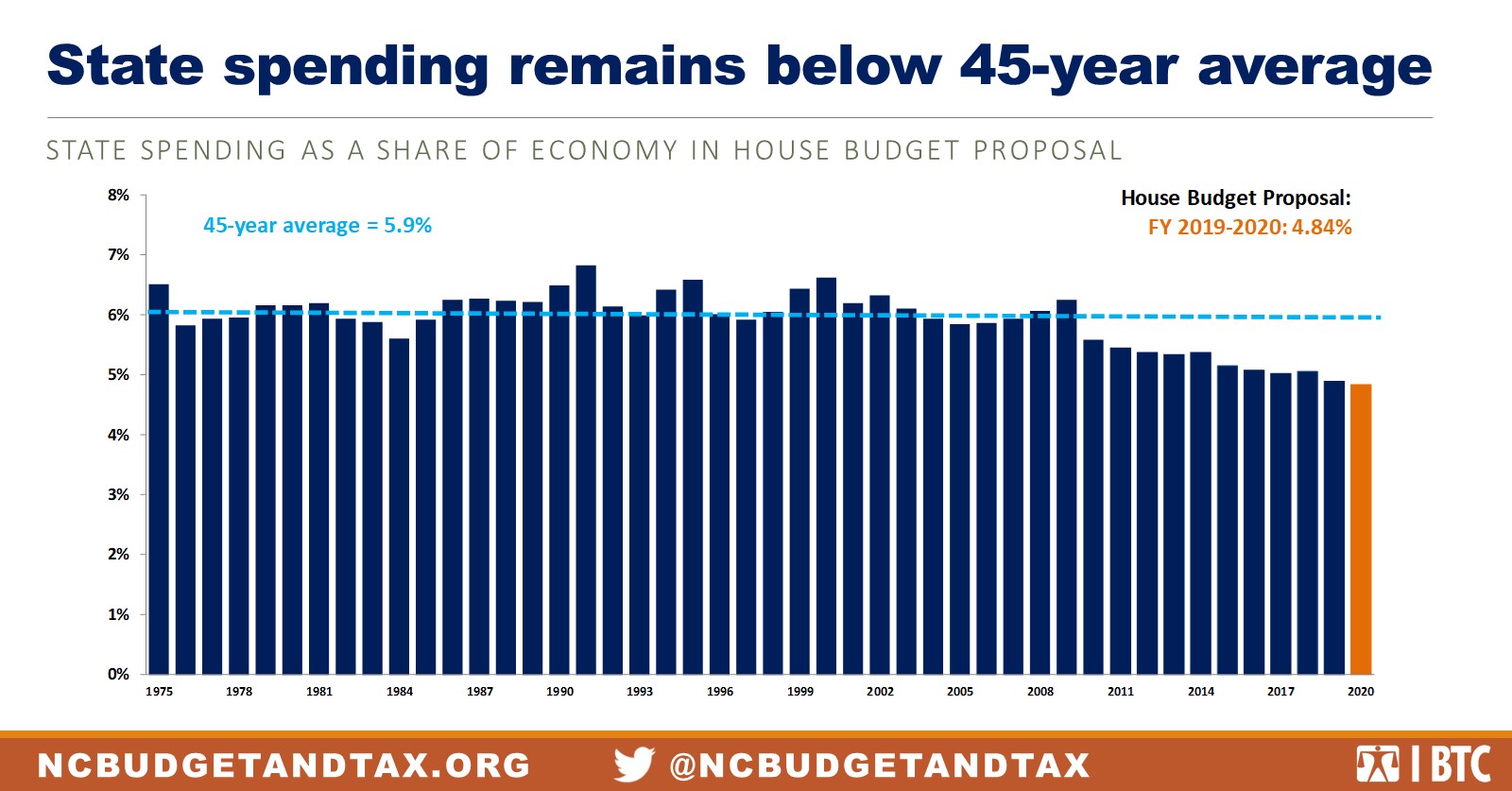 Without changes that address the reductions to income tax rates in North Carolina, it is clear that adequate investments are not possible. Indeed, House budget writers make their budget balance by using unappropriated balances, reversions from state agencies, and expected revenue growth, which remains modest relative to historic levels of growth in an expansion.

Notably, House budget writers do put in place a gross premium tax on prepaid health plans as part of the state’s transformation of Medicaid to a managed care model — a transformation that will happen starting in the fall. Lawmakers have rightly recognized that this shift in the state Medicaid structure requires contributions from those providers who will benefit from the state’s business. 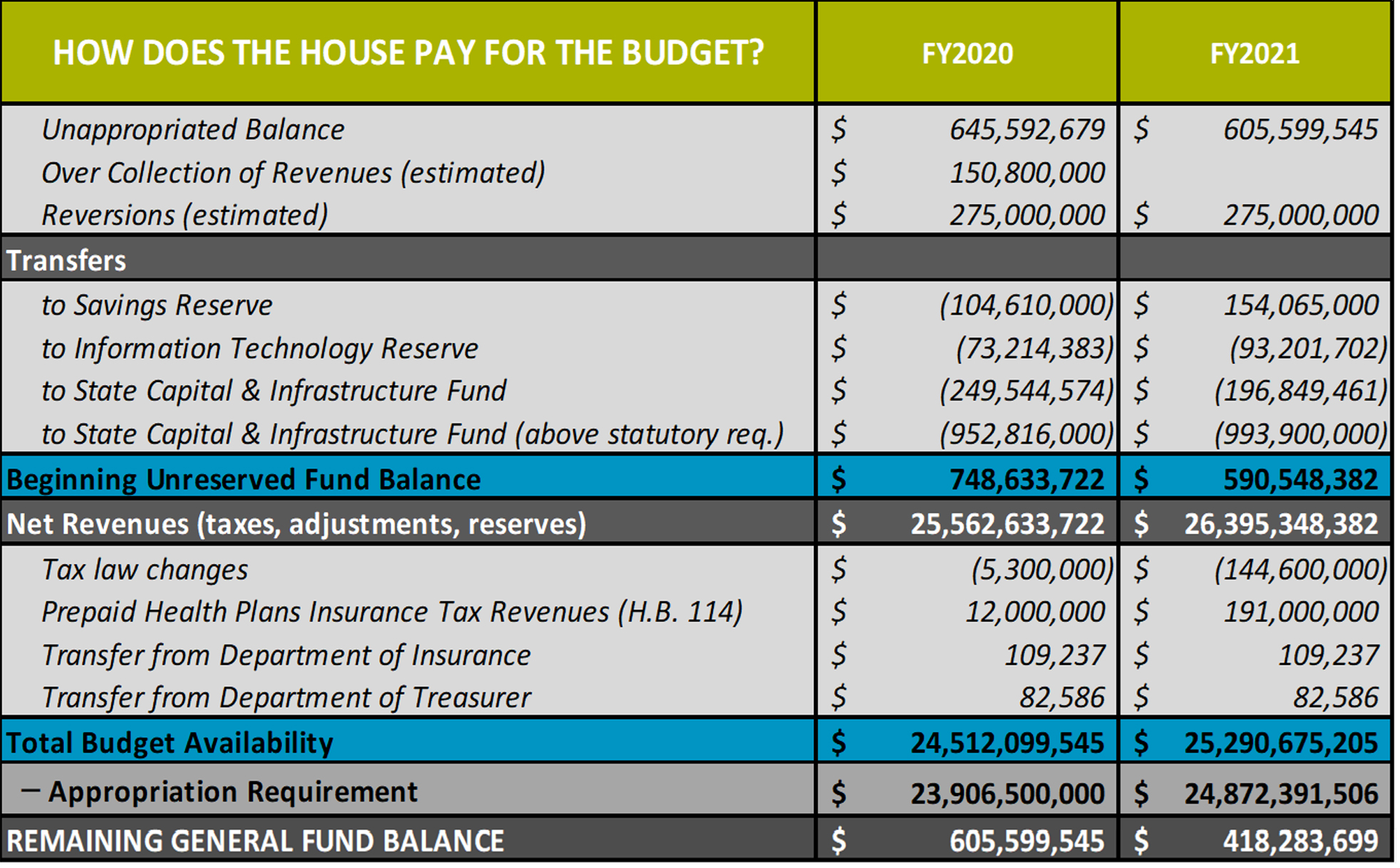 Even where House budget writers tout their increases, their investments fall short of pre-Recession investing when fewer North Carolinians lived in the state. 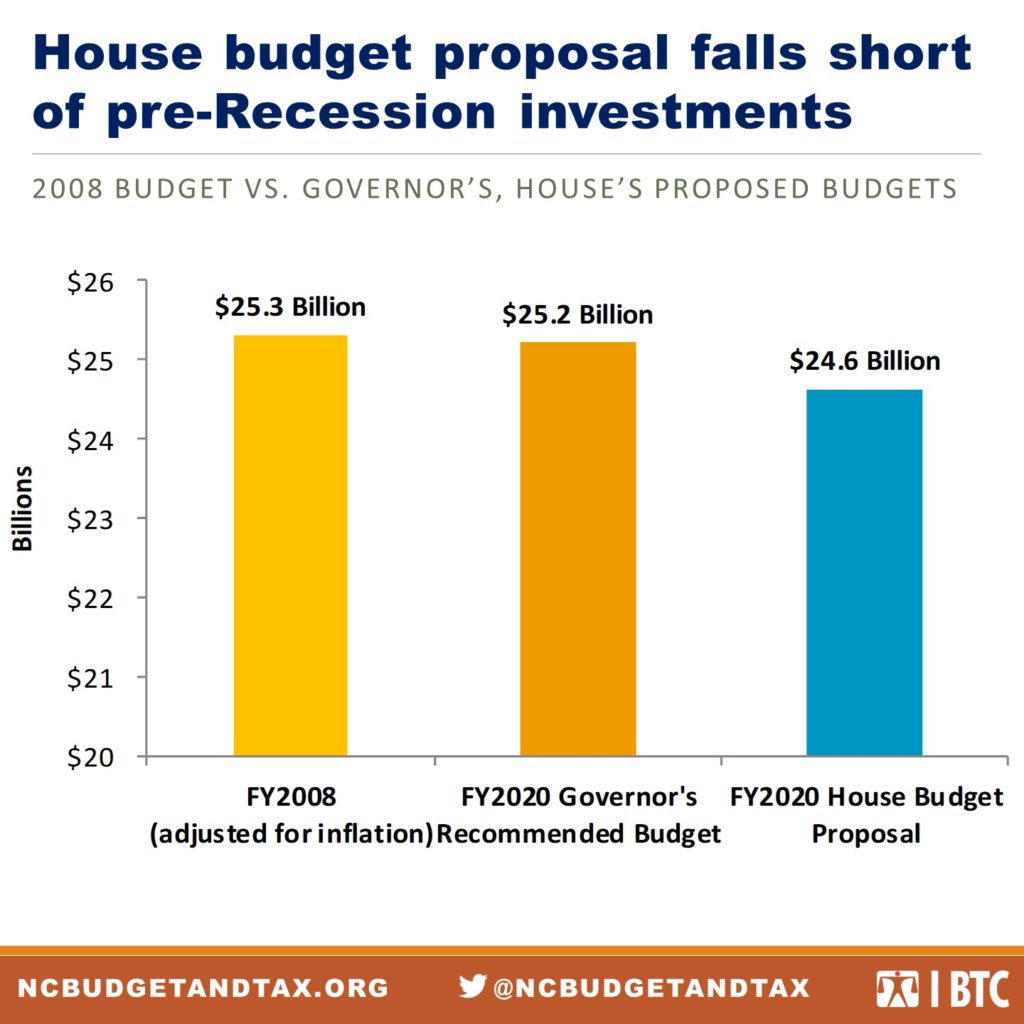 In addition to the aggregate budget decrease, even in areas where state investments increased over the year such as in public education, that spending has not replaced all areas where cuts have happened. For example, per pupil spending in the state budget will remain 2 percent below pre-Recession levels.1

In addition, cuts to Medicaid in the amount of $45 million during the first budget year as a management flexibility reduction are included but do not mean that there is lower demand for the program.

In addition, substantive policy choices in the House budget missed the opportunity to advance discussion of critical priorities for the well-being of our state.

Our state tax code continues to place a greater burden on those with low and middle incomes, all while benefiting millionaires at the top.

House budget writers seem to recognize that there are better ways to deliver tax cuts than just lowering the flat rate on taxable income. However, again in this budget, their proposed standard deduction increase represents a modest tax cut of just $36 for North Carolinians on average. That tax cut flows to all those who select the standard deduction, which means it doesn’t target just those with middle and low incomes. A state EITC would be a much better use of our tax dollars to help those who work and earn low wages that fall short of what it takes to make ends meet.3 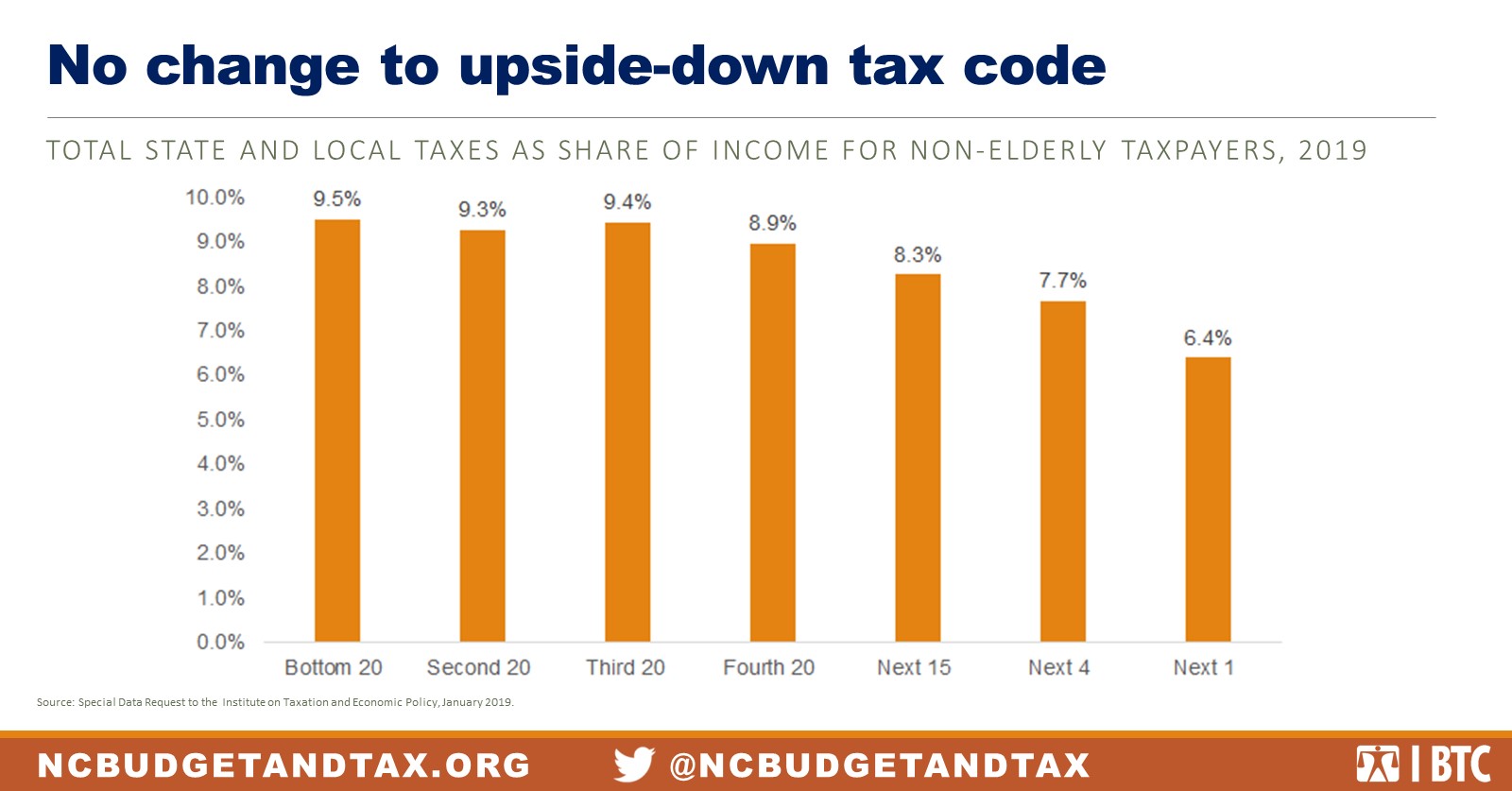