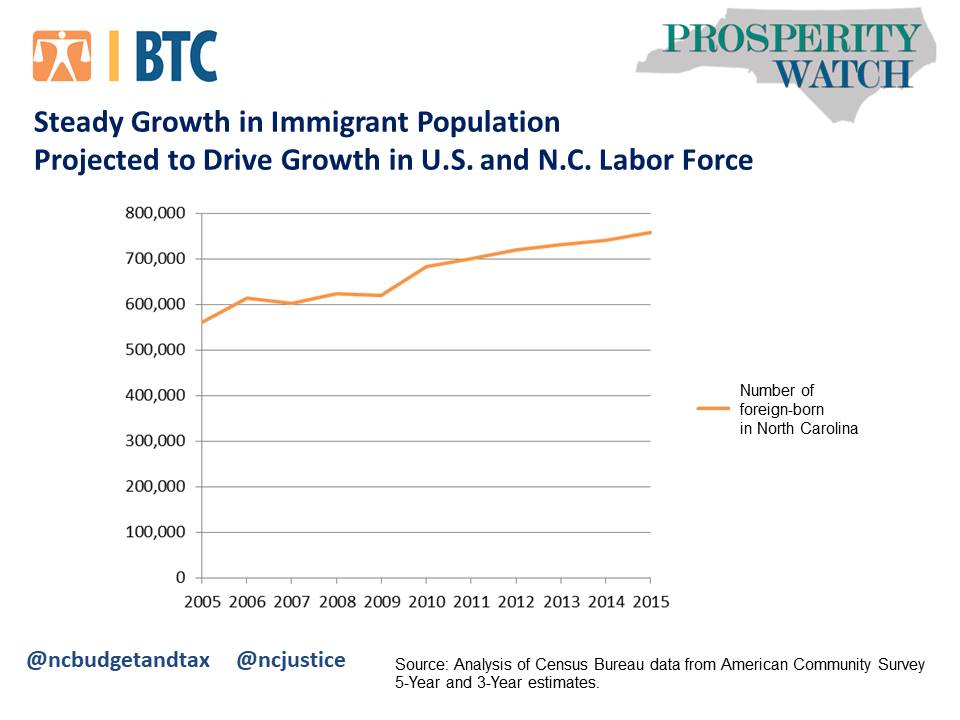 The report also highlights the important contributions that children of immigrants will have in growing the labor force. According to the report, children of immigrants in the U.S. are projected to grow from 11.1 million in 2015 to 24.6 million in 2035. Moreover, children of U.S.-born parents are projected to decline by 8.2 million between 2015 and 2035, and also decline as a share of the working-age population. In North Carolina, 19 percent of children under the age of 18 have one or more foreign-born parent as of 2015. In 2000, only 9.1 percent of children under the age of 18 had one or more foreign-born parent.

Given that our state’s immigrant labor force is set to follow the national pattern, it is clear that immigrants and their children will continue to be the key to securing a thriving economy in our state in the years to come.