Keeping Our Promise to Military Veterans and Their Families

Our military veterans and their families deserve not only our gratitude, but also our support for the sacrifices they have made for our country. Yet when it comes to health care, we are letting them down by not closing the health coverage gap, and providing access to the high-quality and affordable health care that they need and deserve.

There are 30,000 uninsured veterans (many veterans are not eligible for VA benefits), and an additional 23,000 uninsured military spouses and children in North Carolina.1

States that closed the coverage gap have a lower rate of uninsured veterans than those that did not.3 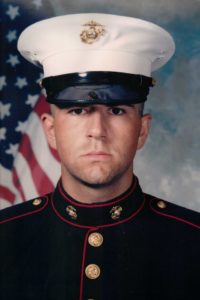 Robert Elliot, a veteran and a farmer, works with hundreds of veterans in the state helping them transition from the military and into farming careers.

“A veteran is the only one that has ever said I will die for every single one of y’all. A farmer is the only one that has ever said that I am willing to feed all of y’all. However both of which are having problems with mental health. If the backbone and the belly filler of the nation is unable to work because they’re sick or hurt or killing themselves and there is actually a solution to it, then why the hell are we not offering that solution? It makes no sense,” said Elliot.

Many veterans are not eligible for VA benefits, and many farmers don’t make enough to afford insurance or qualify for subsidies on the Online Marketplace. Being uninsured and unable to access care for mental health issues has resulted in both of these populations experiencing high rates of suicide. North Carolina should be looking out for our veterans and our farmers to make sure they have access to quality affordable health care.

Suicide rates are the highest for young veterans, with those aged 18-34 having a rate six times that of non-veterans among the same age group5

“As a veteran, faith leader and mental/behavioral health provider, one of my concerns has been the increase in suicides. Rates are still growing. In my role, when faith is important to veterans, I can help with that. On behavioral health, accessing this resource should not be stigmatizing or difficult. Let’s close the coverage gap and expand access to the services they need, making sure we don’t have veterans falling through the cracks.”

A Call for Change 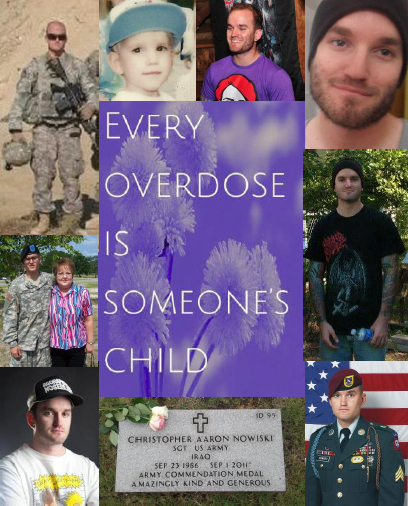 Terry Nowiski remembers how hard it was for her son Aaron to leave the war behind him when he came back from his second tour in Iraq. After serving his country as a combat infantryman in the 82nd Airborne Division, Aaron returned with PTSD and severe depression and was plagued by anxiety and insomnia. Like many veterans, Aaron had a hard time asking for help.

In his desperation to find some kind of peace he began to self-medicate with heroin. Tragically, 11 months after he left the military, Aaron fatally overdosed leaving Terry and her family broken and grief stricken. To honor the memory of her son, Terry got involved in helping others who were suffering from addiction.

“Closing the coverage gap is one of the most comprehensively kind things we can do for our society. When a person can’t get the healthcare they need, it doesn’t just affect that person, it affects their family and their community. The opioid epidemic, it is not going away on its own, so let’s give people a way to afford the treatment that they need to beat this thing.”
-Terry Nowiski

Taking Care of Our Own 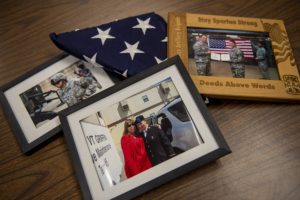 Amanda Hendricks proudly served her country in the Army for six years as a 14 Tango, a patriot missile operator. Now, as a disabled veteran she is training to be a nurse, continuing her career in service of others.

Amanda answered the call when her country needed her, but where was North Carolina when Amanda’s mom, Toni, fell into the coverage gap?

“My mom was working, and she got diagnosed with colorectal cancer. While she was fighting the cancer, she lost her job, so she lost her medical coverage. She also has Hashimoto’s Disease, which is a thyroid disease, so she needs to have blood tests, and medication, or she is at risk of having a stroke.”

Knowing that her mom needed to have a way to pay for her medical care, they applied for Medicaid. They fully expected that since her mom had put into the system while working, she would be able to access those services when she needed them most. Unfortunately because Toni wasn’t disabled and didn’t have dependent children, she was not eligible for Medicaid. She still needed her blood test and her medications, but had no way to pay for them.

“I wasn’t ready to lose my mom, so I had to step in and pay for her medical care and prescriptions. I love my mom, but it was a financial burden on me. I’m on a fixed income, I’m a student, and I only receive so much from the VA. My husband and I have two kids, house payments, car payments. So financially that put me in a bind.”

Even with Amanda’s financial help, her mom still had to miss doctor’s appointments, and was forced to cut her pills into fours because she could not afford to take them as prescribed. 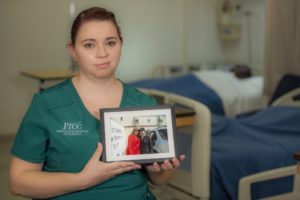 “I had to open up a credit card so I could pay for her appointments and medications. And I’m still in debt right now.” – Amanda Hendricks