Medicaid Expansion is a matter of life or death

New research released by the National Bureau of Economic Research provides estimates of the life and death impact of Medicaid expansion.  While many researchers have pointed to the improvements to health outcomes, management of health conditions, and quality of life that comes with access to affordable health care for those in need, this data provides new and compelling evidence that the decision to expand Medicaid has a profound affect on the life expectancy of adults living in the coverage gap.

By linking death records and data on program participation and health outcomes across all states, the authors of this new report estimate the impact of Medicaid expansion on the mortality rate of near-elderly adults.  Their findings point to a 9.3 percent decline in annual mortality for this age group in those states with Medicaid expansion.  The primary reason for the improvement in life expectancy is disease management while under the care of Medicaid.

In addition to this nationwide comparison, the researchers provide estimates of the number of excessive deaths in North Carolina due to the failure of Medicaid expansion.  Three hundred and fifty people in North Carolina died because of the lack of affordable health care coverage.  This represents the third highest number of excessive deaths for a state that hasn’t expanded Medicaid behind Texas and Florida. 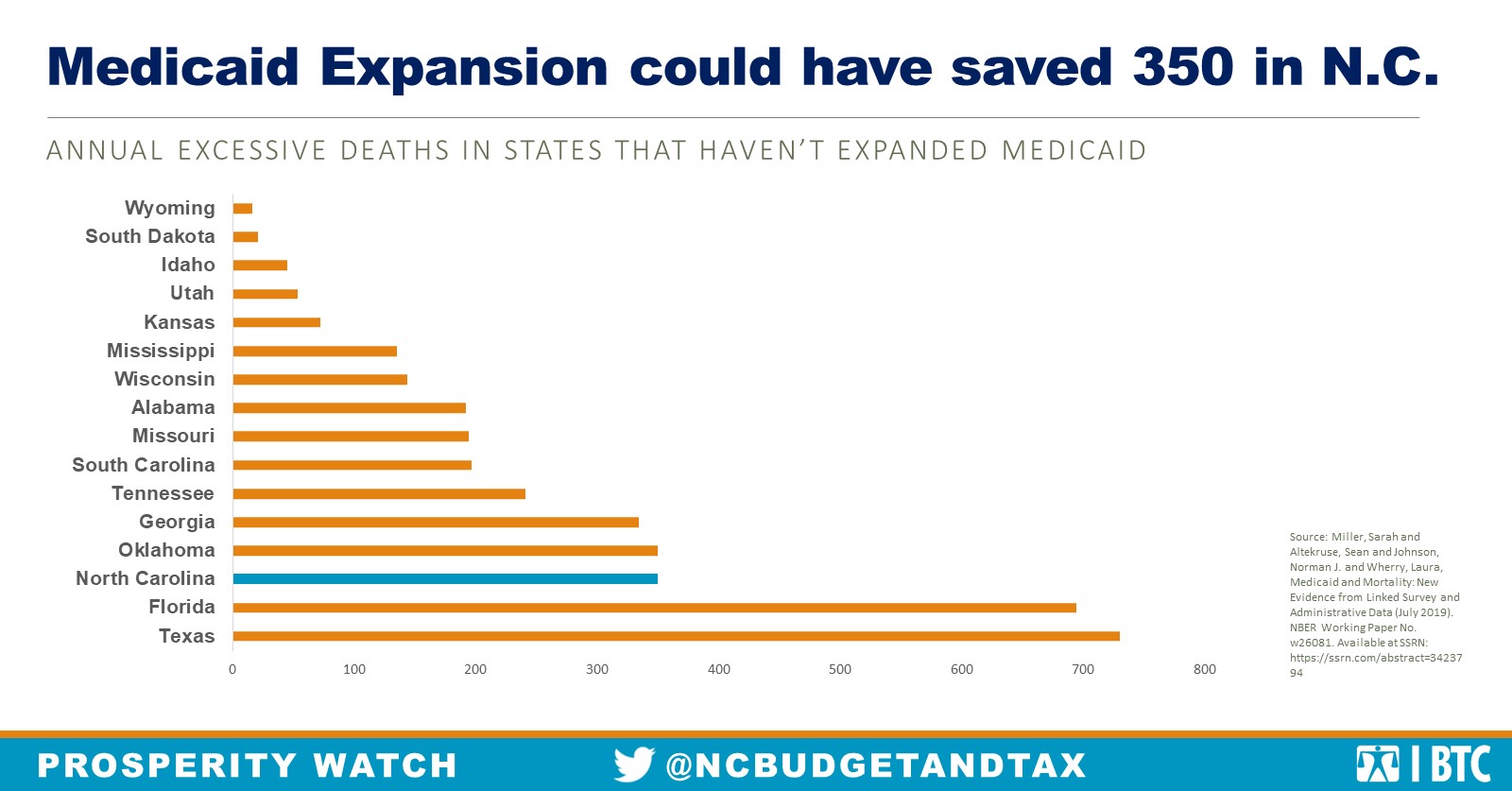