A review of our state’s demographics shows North Carolina is a growing and diverse state. This is great news for our state, considering decades of research have shown that being around people who are different from us makes us more creative, more diligent and harder-working. Unfortunately, statistics also show that NC’s General Assembly is less diverse than both the U.S. and NC general population, as only 22 percent of its body is composed of minorities, compared to U.S (38 percent) and NC (36 percent) populations. This is of serious concern, considering that the terms of democratic representation and voting rights are currently being legislated to limit rather than expand participation.

The strength of our economy and democracy is highly dependent on how equitably opportunity and representation are available to all North Carolinians and Americans, regardless of race or ethnicity. An elected government that represents everyone can only lead to a stronger state and nation. 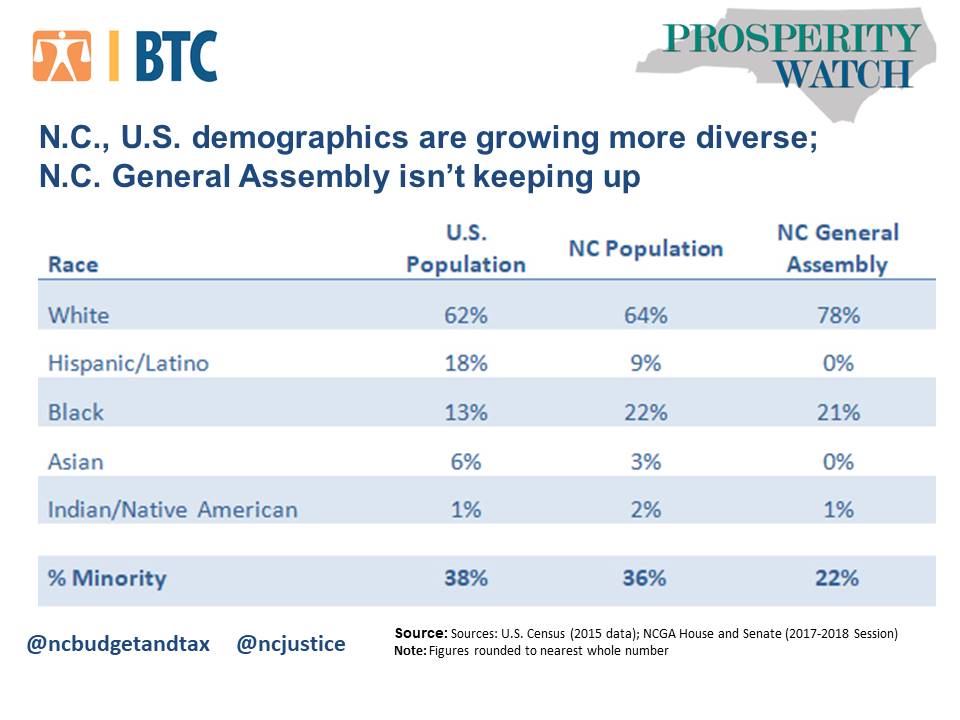