The persistent challenge facing too many North Carolinians is that their income is too low to secure a basic standard of living, let alone a high-quality life. Recent data released by the U.S. Census Bureau finds that 1.4 million North Carolinians lived below the federal poverty threshold of just $25,100 for a family of four in 2018. Once considered the best pathway out of poverty, work has increasingly fallen short of the promise that earnings could match the costs of housing, child care, food, and transportation. The share of North Carolina workers earning poverty wages was the same in 2018, 25 percent, as it was in 2000. 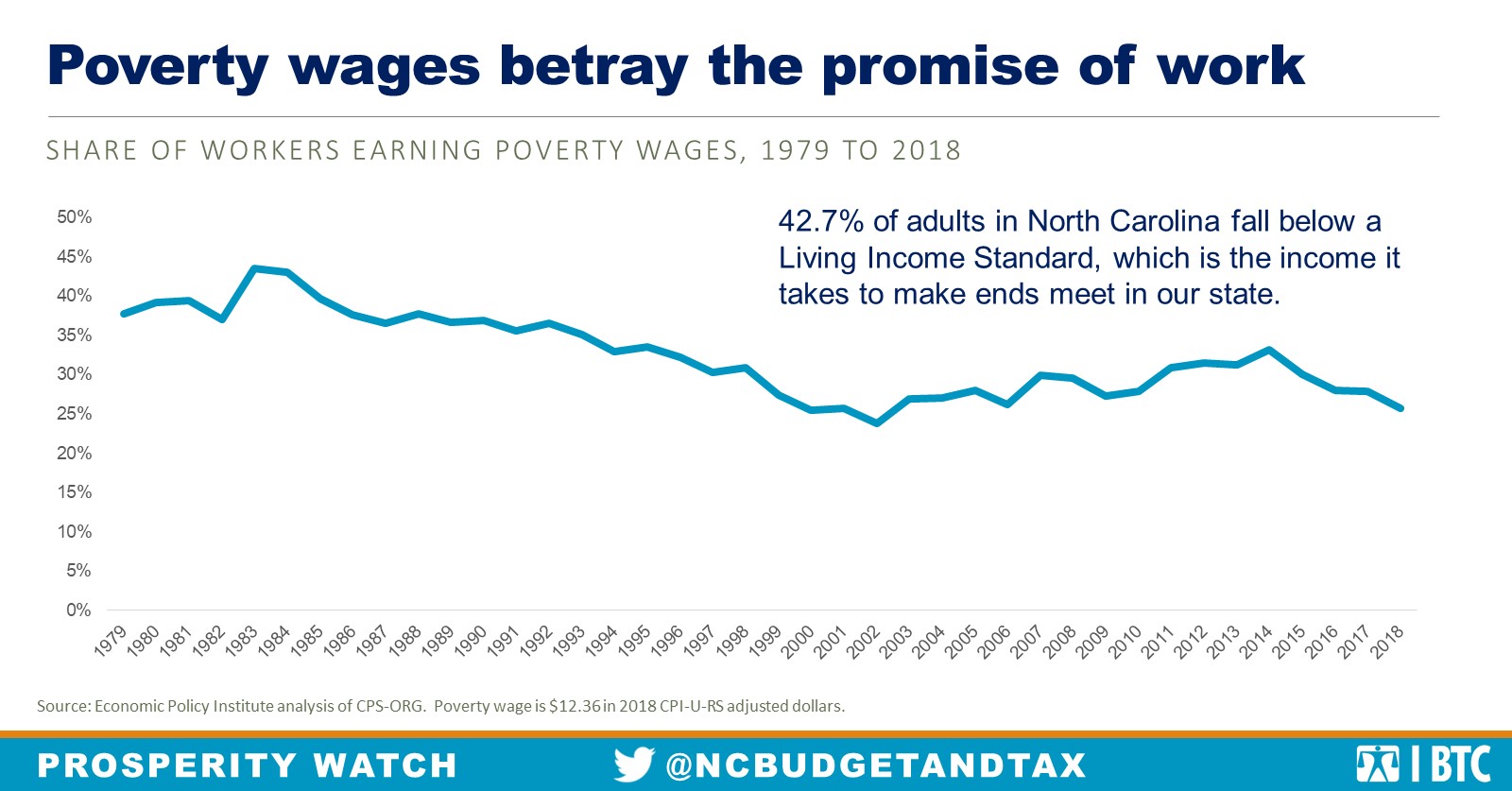 The real scope of the problem, however, goes much further than people earning below what the Federal government considers poverty wages. With household costs from health care to housing on the rise, and wages not keeping up, over 40 percent of adults in North Carolina didn’t earn enough to support a basic standard of living.