North Carolina Remains in Top 10 Hungriest States in the Nation

Last year, 15.1 percent of North Carolinians – representing more than half a million households – did not have enough to eat. North Carolina has the 10th highest rate of food insecurity in the nation. According to a study done by Feeding American, more than 1 in 5 children in the state are food insecure. 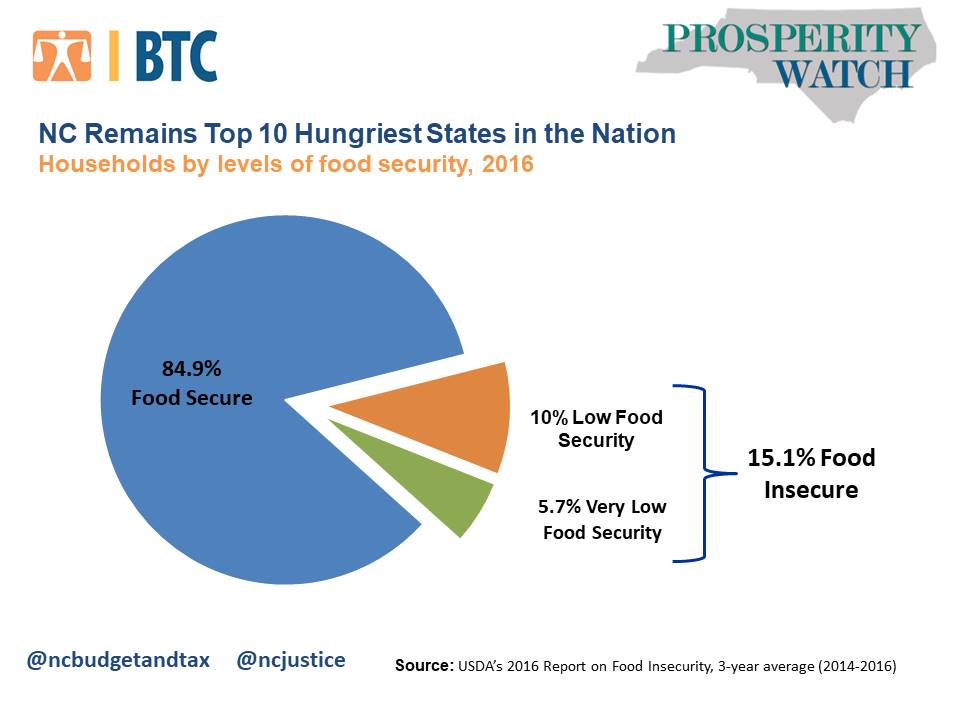 A food-secure household means that all members of the home have access to enough healthy and nutritious food to support an active and healthy lifestyle. Homes that have low food security often must make tough choices about the amount and quality of food they are able to provide their families. Homes that are considered to have “very low” food security often miss meals.

According to the USDA, in the past year, more than 90 percent of these families worried that food would run out, nearly 80 percent could not afford a balanced meal, and people in 96 percent of homes with very low food security skipped meals in order to make food stretch.

Making sure people have enough to eat will support a thriving North Carolina by ensuring children are able to go to school, ready to learn, and their parents are able to work and participate without worrying about putting food on the table.