President Trump’s federal budget aims to cut state and local discretionary grants by $18 billion in 2018.  As a result, North Carolina faces an uncertain future in 2018 as the state is projected to lose $1.1 billion (8.7 percent) in federal discretionary grant funding compared to 2016 levels. Programs for low- and moderate-income families in the state could bear the brunt of cuts.

In North Carolina, federal grants account for 30 percent of the state’s budget. Federal grants matter to state and local budgets, and any cut in federal funding would shifts costs to North Carolina. This poses a risk to the state and its ability to balance the budget and meet other existing and emerging needs. 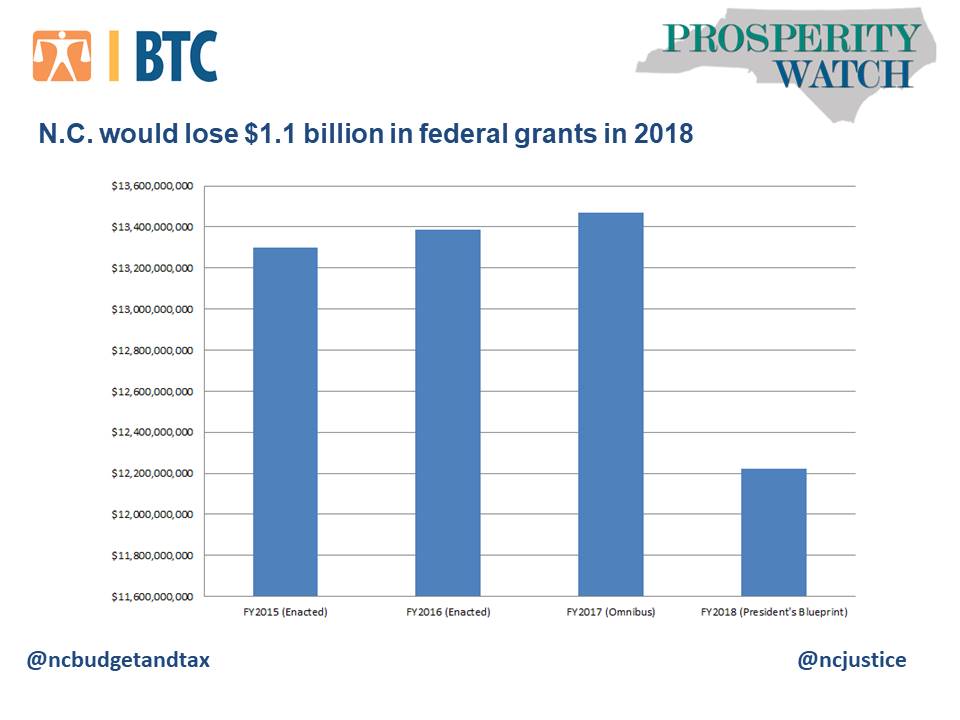 North Carolina needs to begin to plan for revenue replacements to offset the future loss of federal support. This is especially critical for our state, which ranks 43rd in the country in total state expenditures per capita and ranks 50th in the country in terms of how much it receives in federal discretionary grants per capita. In other words, the state already does not invest enough itself, or receive enough from Washington for individuals living in our state, compared to other states. Now with less federal funding, North Carolina will have even fewer resources in the future to meet basic needs and will fall even further behind in investing in its people. In order for North Carolina to thrive and become a competitive state, it needs strong support and investments from within and from the federal side.