As lawmakers in Washington, D.C., debate changing the federal tax code, North Carolina provides a cautionary tale that simply cutting taxes will do little to improve our economic fortunes, while draining public coffers of the funds needed to address our most pressing economic challenges. Years of tax cuts in North Carolina have failed to supercharge the state’s economy, which has been outpaced by peer states that have made very different policy choices.

North Carolina’s economy has been outperformed by many states over the past several years since the first round of tax cuts started going into effect in January 2014. Private sector employment in North Carolina has expanded by 8 percent over that span, slightly ahead of the national average, but well below many other states. 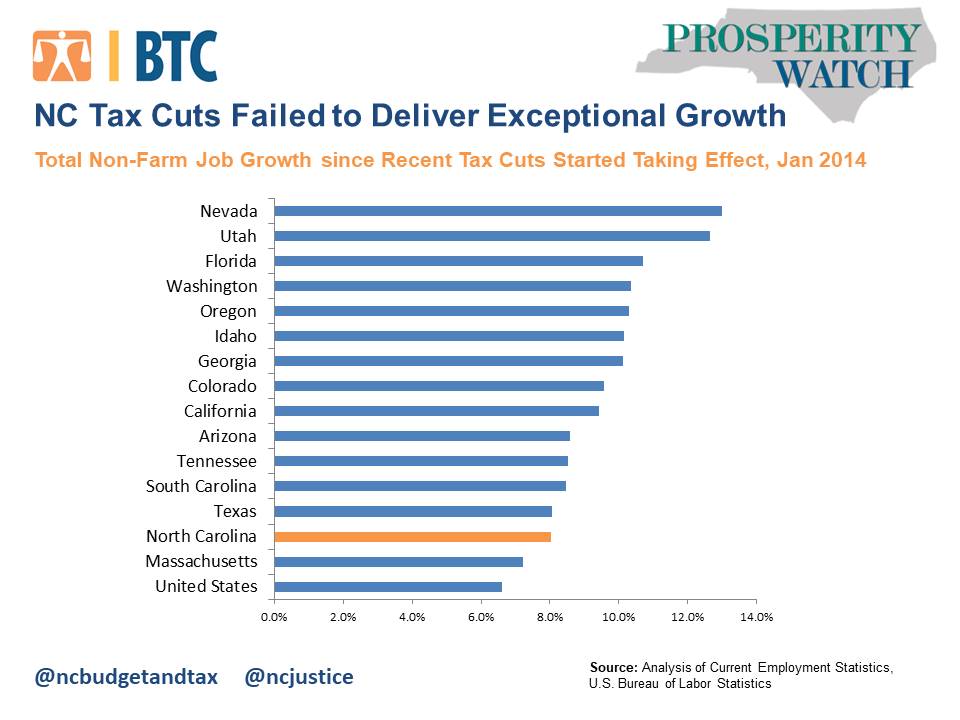 It’s worth noting that North Carolina’s economic track record in recent years has been eclipsed by states across the country, from rival neighbors to distant states with very different political environments and regional economies. In the Southeast, North Carolina’s rate of job growth was slower than Georgia, Florida, Tennessee, and South Carolina–none of which have embarked on a series of tax cuts on par with policy changes in North Carolina. Perhaps even more damning for the argument that North Carolina is an great example of how tax cuts impact economic growth, jobs have been slower to grow here than in several states that are hardly synonymous with tax cuts, like Washington, Oregon, and California.

Judging by the experience in North Carolina, tax cuts alone will not fix our economic problems.