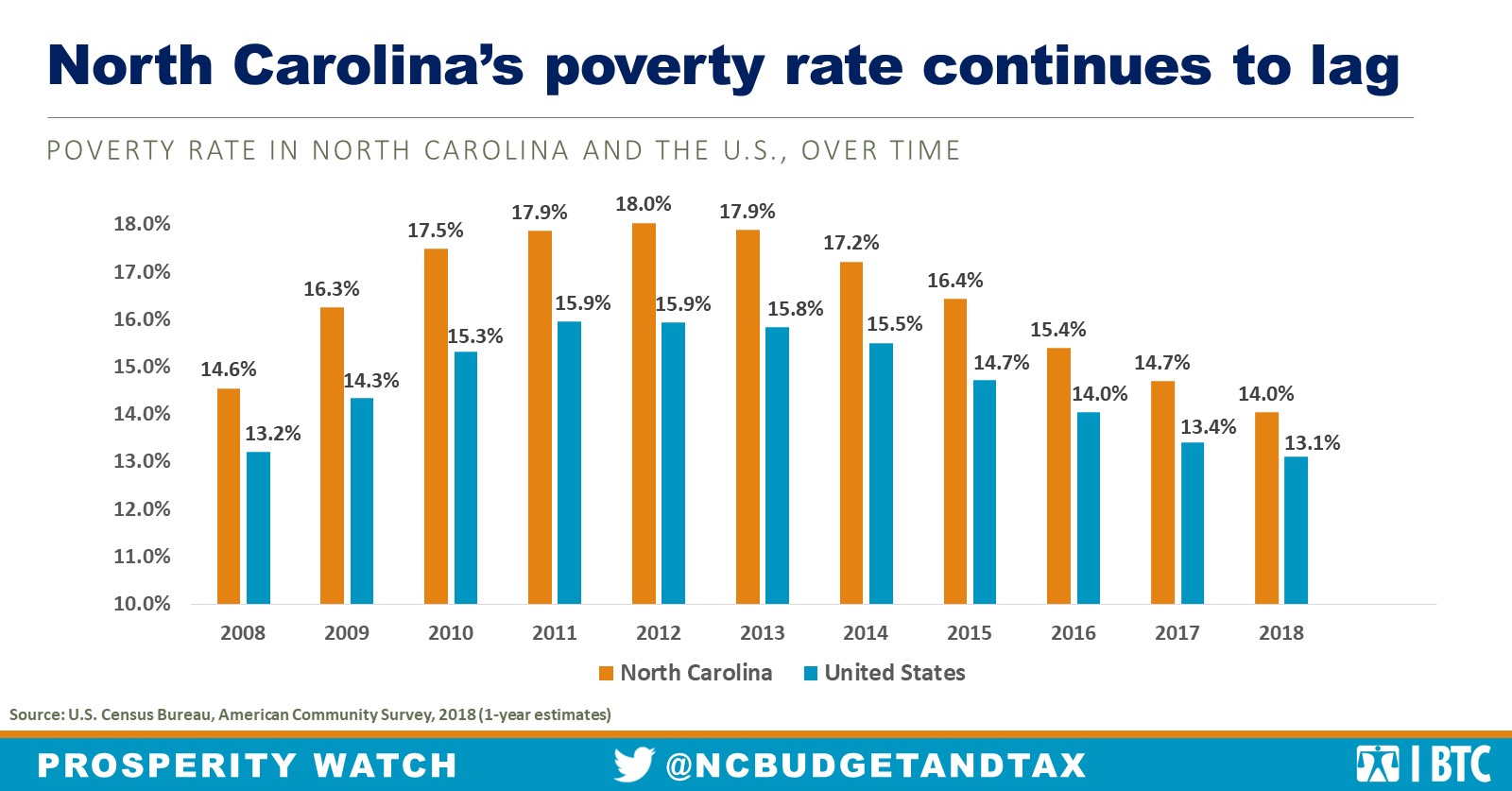 Not every North Carolinian experiences poverty in the same way. The poverty rate for children was significantly higher. In 2018, 19.7 percent, or nearly 1 in 5 kids in North Carolina, lived in poverty. Persistent discrimination and historical and present systemic barriers also manifest in drastically different rates of poverty by race. Last year, 21.1 percent of Black North Carolinians live below the official poverty line compared with 9.8 percent of whites. Also, 24.8 percent of Latinx, 20.1 of American Indians, and 12.8 percent of Asian Americans live in poverty.

While the state’s poverty rate makes modest, albeit slow, progress, the same cannot be said for income. In 2018, the state’s median household income was $53,000, statistically unchanged from the previous year. In fact, after adjusting for inflation, the typical household brings in the same amount of money as it did in 2007. When stagnant wages are unable to keep up with the raising costs of essentials like housing and child care, families have to stretch even further to make ends meet.

While North Carolina and the rest of the nation has experienced modest growth over the past several years, much of that prosperity has remained in the hands of a wealthy few. Without intentional investments in areas like education and public health, and without a commitment to dismantling oppressive systems, poverty will remain stubbornly higher, wages will remain stagnant, and inequality will continue to expand.