After several rounds of cuts to personal and corporate income tax rates dating back to 2013, the pace of economic growth in North Carolina is virtually indistinguishable from neighboring states and the nation as a whole. These tax cuts have overwhelmingly benefitted wealthy shareholders and high-income people, but have failed to deliver the boost to economic growth that their proponents have consistently predicted. 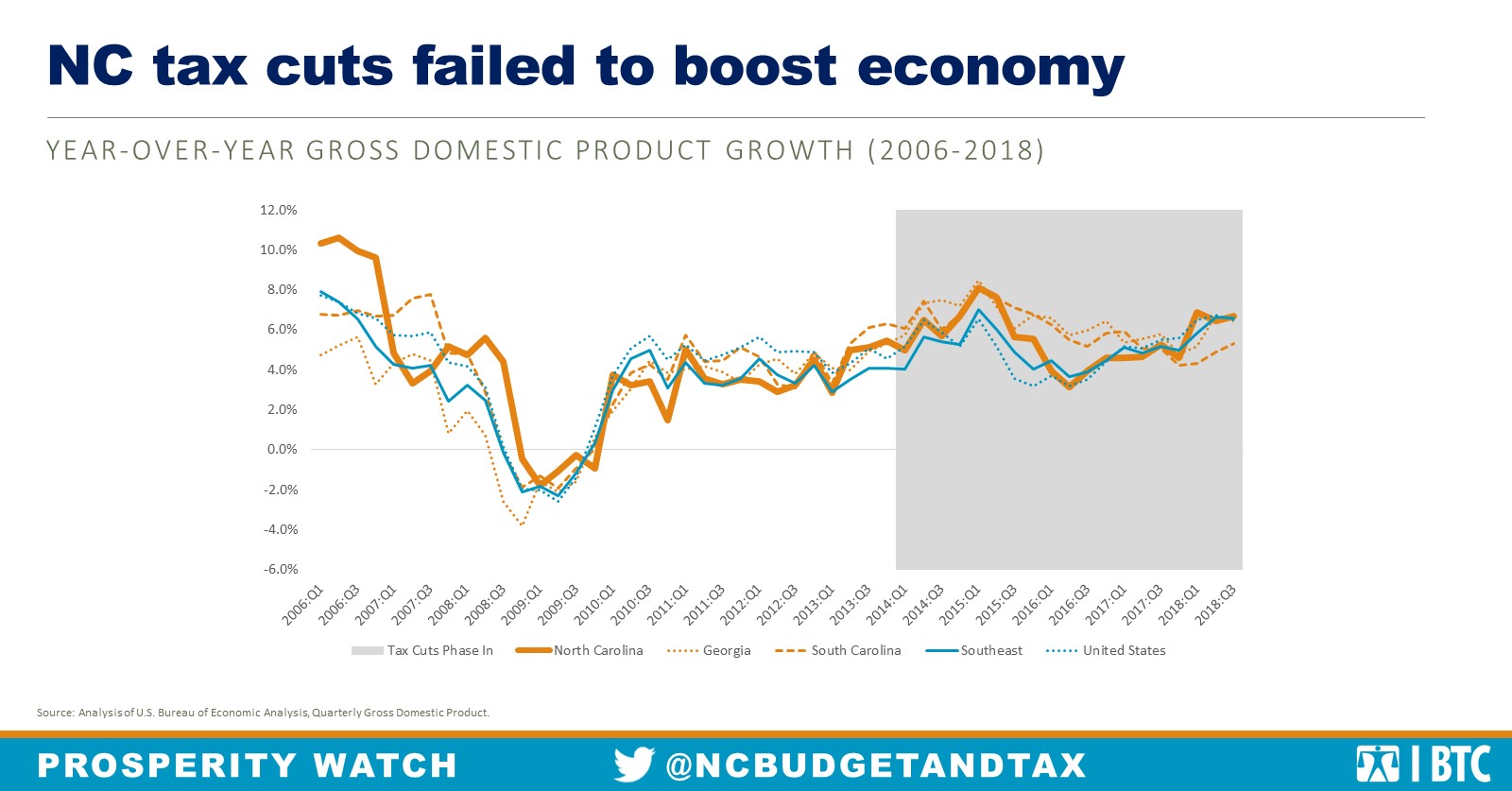 Gross Domestic Product (GDP) reflects the dollar value of all goods and services produced in a given period. As such, comparing growth from year to year provides the broadest overall picture of how fast a state or country’s economy is growing. As shown above, North Carolina’s economy has followed a nearly identical tract as that of our neighboring states, the southeast region, and the national economy. GDP growth had already rebounded from the worst of the Great Recession before tax cuts started phasing in during 2014, and actually dipped below their post-recession peak during much of 2016 and 2017. North Carolina mirrored a modest national acceleration through the middle of 2018 (the most recent data available), but has not matched the rate of growth that immediately predated the economic collapse of 2007 and 2008.

The lack of short-term impact is even more problematic considering the long-term consequences of slashing investments in public goods like schools, infrastructure, broadband, and research that lay the foundation for future economic growth. With the phase-in of the last round of rate reductions in 2019, North Carolina has $3.6 billion less each year for these public investments, while tax cuts have primarily redirected these funds into the pockets of wealthy shareholders and people who are already earning high incomes.

The lack of economic benefits should come as no surprise given that state tax rates have never been shown to have much of an impact on economic growth. Time and again the picture provided here bears out. Macro-economic forces are far more potent in shaping short-term economic performance than state tax rates. The real consequence of North Carolina’s recent tax cuts is to undermine our ability to invest in our shared economic future.