Tax season comes to a close this week, and Tax Day serves as a good time to reflect on who pays taxes in North Carolina. The income tax is, naturally, at the foremost of our minds, but often ignored as one of the best tools to align our tax code with taxpayers’ ability to contribute to and help build thriving communities. 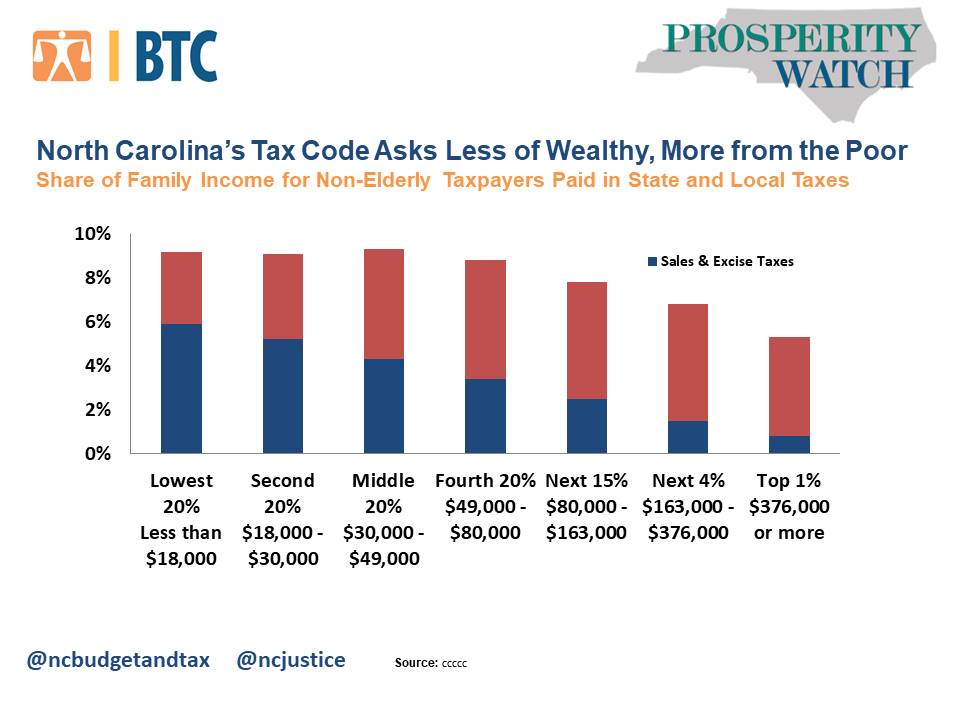 The reduction in the share of their income paid in state and local taxes—through this change as well as others since 2013—means fewer dollars for investments in the pathways that connect people to opportunity such as quality early childhood, K-12 education, and affordable post-secondary education. It also means that middle- and low-income taxpayers continue to pay nearly 10 percent of their income annually in state and local taxes, nearly two times as what is paid by the top 1 percent with average income is $1 million.

This upside down approach to raising the revenue needed for public schools, health, and well-being is also unlikely to perform over time. Without a tax code that aligns with where income growth is happening – concentrated at the top – over time the dollars available for public investments will fall short of what is needed.