Women are the primary breadwinners for more than half a million North Carolina families. New county-level analysis from the Budget and Tax Center shows that, thanks to a persistent wage gap, it’s generally harder for these families to make ends meet.

At the state level, women overall earn 86 cents for every dollar that their male counterparts make. Women of color face even lower pay for their work compared with white, non-Hispanic men. Latina women earn less than half on average, while Black women earn just under two-thirds of what white men earn. 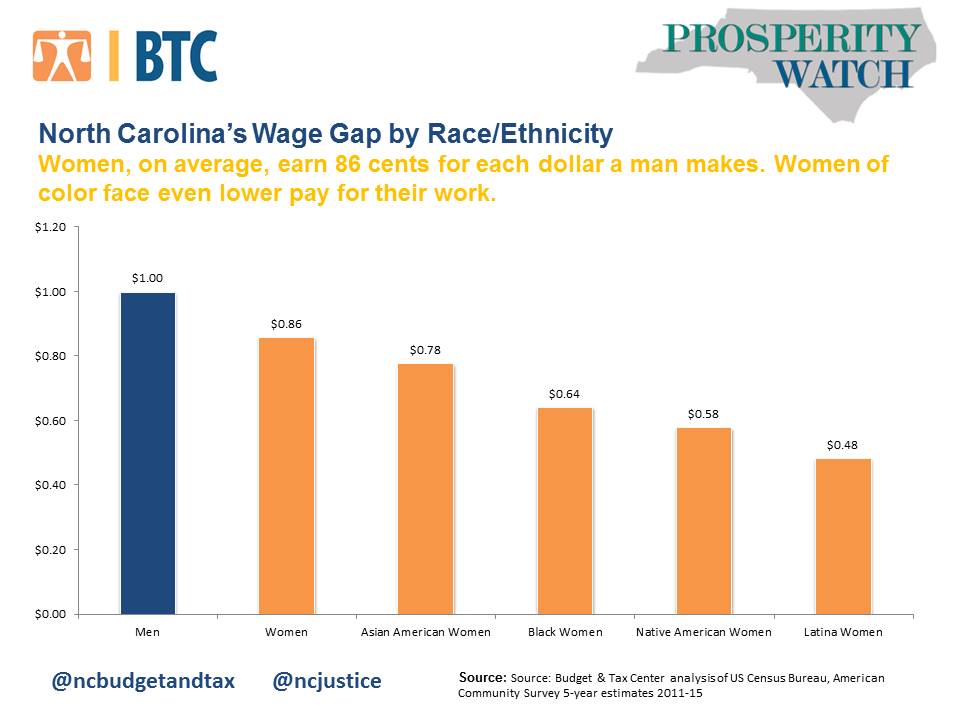 In everyday life, the wage gap isn’t a matter of a few cents. It adds up to thousands of dollars a year – over $6,000 on average. If the annual wage gap were eliminated, the average North Carolina woman could afford a year’s worth of groceries, five more months of mortgage and utilities payments, or almost eight more months of rent. Over one-third of female-headed households currently live below the poverty line.

Investing in good jobs in every community can go some way to closing the wage gap, but that won’t be enough. The wage gap will persist as long as we continue to ignore policy choices that specifically address it, and that will leave many North Carolinians and their families without full economic security.