The Asheville metropolitan statistical area (MSA) leads the state in job growth year-over-year, besting Raleigh, Durham, and Winston-Salem. Asheville MSA experienced a 5.6 percent increase in jobs since last August. This outpaces the job gain rates in North Carolina’s other urban areas in Wake (3.1%), Charlotte-Concord-Gastonia (3.9%), and Winston-Salem (4%) by at least 1.6 percentage points. The August labor market report also revealed that urban centers Charlotte-Concord-Gastonia (30.2%), Raleigh (34.5%), Wilmington (23.6%), and Asheville (19.2%) have all experienced job growth of almost 20 percent over the past 12 years, dating back to the beginning of the Great Recession. 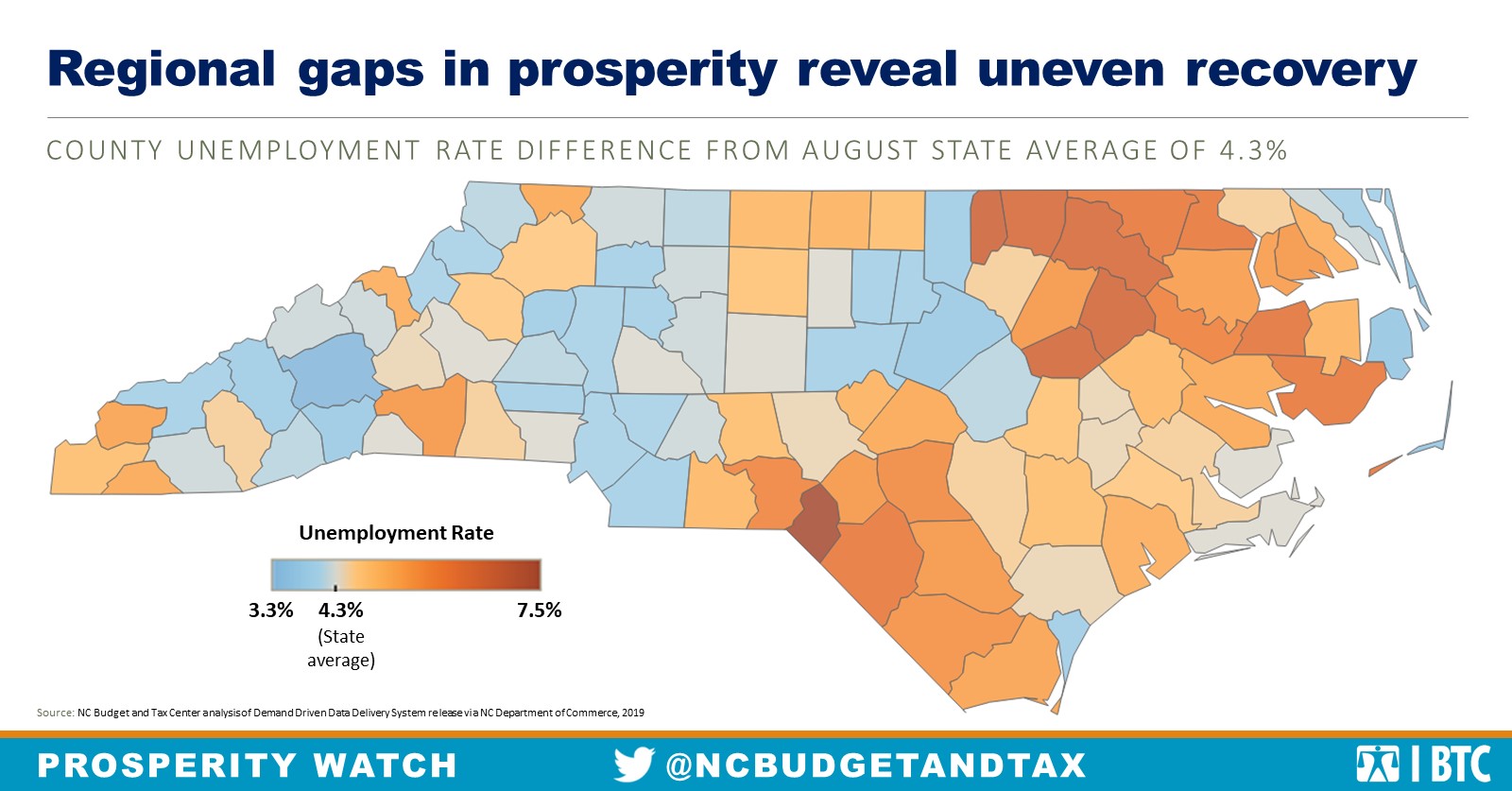 Evidence of this is found along the North Carolina-South Carolina border in Richmond, Scotland, Robeson, Columbus and Bladen counties. Their August unemployment rates are all at least 1.2 percentage points higher than the state average (4.3%), with Scotland County’s rate the highest at 7.5 percent. While each county has experienced job growth since last August, none of them have sufficiently recovered from the Great Recession. These five eastern N.C. counties have lost anywhere from 6.6 percent to 16.4 percent of their jobs since December of 2007.

As indicators of a recession mount, August’s labor market data echoes cautionary warnings.  Too much of rural North Carolina has not recovered from the Great Recession, experiencing persistently higher unemployment and anemic job growth. This leaves the state’s collective economy vulnerable to a downturn many predict is imminent.