Some progress in North Carolina over 50 years, but barriers persist for African Americans

Fifty years ago, the Kerner Commission concluded that “pervasive discrimination in employment, education and housing” and structural racism had created barriers to opportunity for African-Americans to earn, save and engage in civic life.

Reflecting on the Kerner Commission report after five decades, researchers from the Economic Policy Institute last week revealed that progress has been made in absolute terms for African-Americans but limited in removing barriers that maintain persistently high differences in outcomes for African Americans relative to whites. 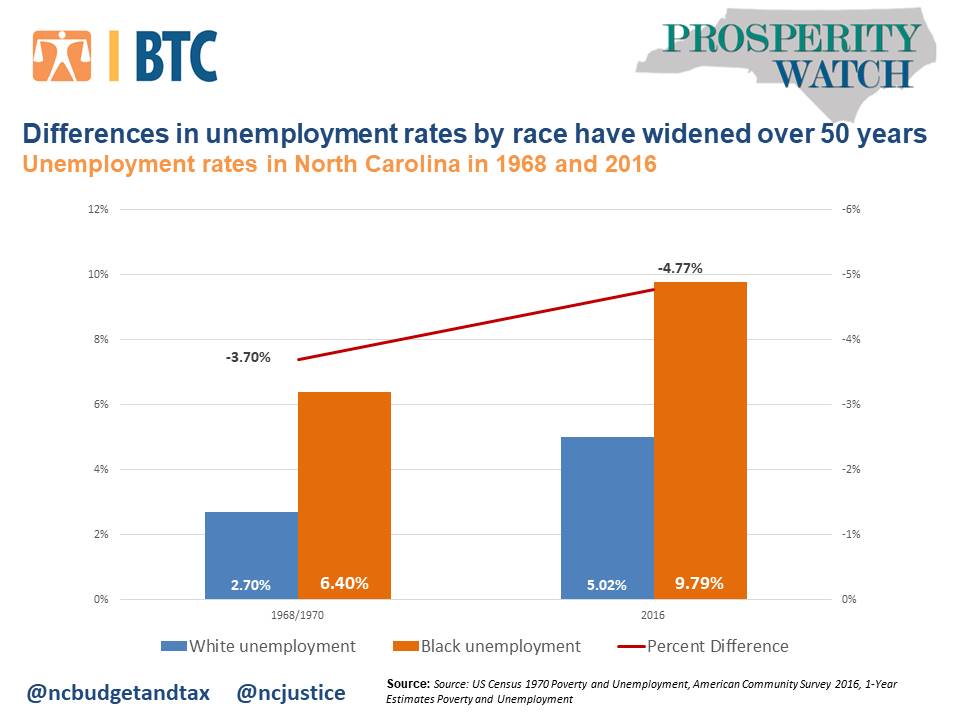 While important to acknowledge the drop in poverty both in absolute and relative terms for African-Americans, the persistent barriers in employment will continue to leader to differences in economic outcomes that keep North Carolina from reaching our full economic potential.

[1] Jones, J., Schmitt, J., & Wilson, V. (2018, February 26). 50 years after the Kerner Commission: African Americans are better off in many ways but are still disadvantaged by racial inequality. Retrieved from https://www.epi.org/publication/50-years-after-the-kerner-commission