In a major report released last week by the Center on Budget & Policy Priorities, researchers presented a review of state and local tax policy choices that often look “race-neutral,” but have historically blocked opportunities for people of color. Along with several other states, North Carolina is mentioned in the report for recent tax policy decisions that have fueled the racial divide in the state. 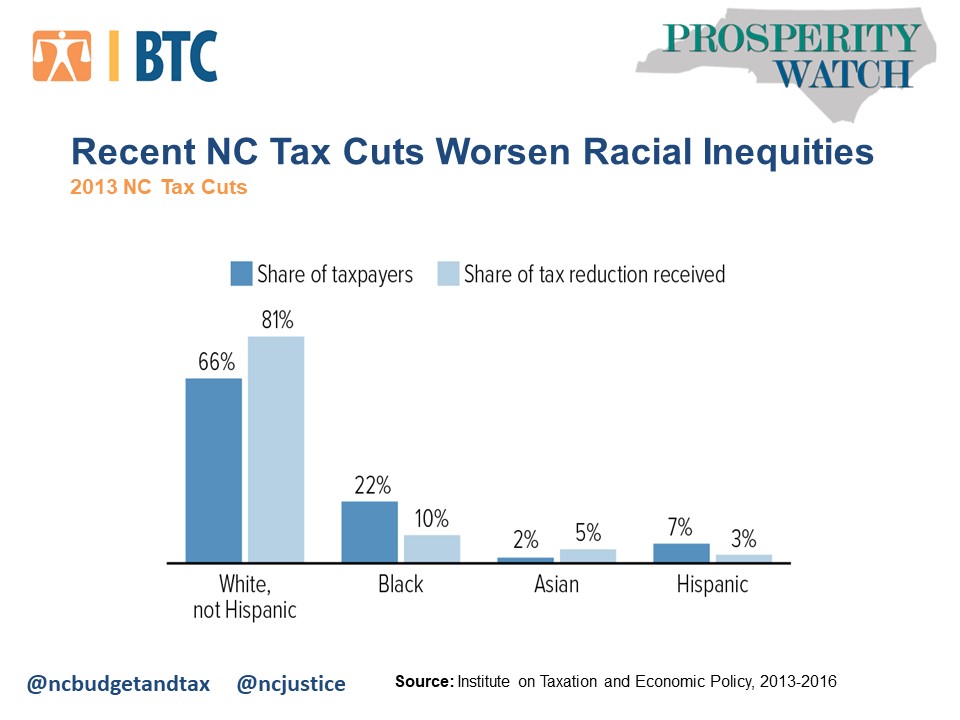 As noted in the report, such disparate outcomes are not unique to North Carolina; rather, they are a by-product of systemic racism in the United States. For much of the nation’s history, people of color had little to no power in state legislatures. In turn, white lawmakers could set policies that sustained white dominance, even in states where people of color were a significant share—or even a majority—of the population. In that environment, state and local tax policies often deepened the profound challenges that people of color faced, even when those tax policies were not explicitly race-based.

As evidence by North Carolina’s 2013 tax cuts, fiscal policies need not be explicitly race-based to worsen or extend longstanding racial inequities. Policies can have those effects if they ignore the history of governmental and private actions that enforced racial segregation and held back people of color, as well as the continuing impact of racial bias and discrimination.