For more information about this fact sheet or other budget topics, please contact Suzy Khachaturyan at suzyk@ncjustice.org or Alexandra Sirota at alexandra@ncjustice.org.

For the past decade, North Carolina has chronically underfunded the state infrastructure, programs, and services that are critical for supporting every family and community in our state with the resources they need. In order to rebuild a more equitable state, the NC General Assembly must prioritize people over profitable corporations and make the public investments necessary to ensure every North Carolinian can thrive.

Adequate, sustainable, and equitable transportation infrastructure is a critical public good that plays a foundational role in communities. Without it, people can’t get to work or the grocery store, food can’t be transported from farms into cities, mail can’t be delivered, and any other number of basic, necessary actions can’t be completed.

Due to years of underinvestment, North Carolina’s transportation system suffers from a number of failings that prevent the state from being truly connected, issues that will only worsen as the state’s population continues to skyrocket, technologies evolve, and living costs increase. Expanding cities will increase the need for robust public transit systems that can join business centers with their suburbs and surrounding rural areas, as well as make sure vulnerable populations – like people making low wages who cannot afford cars – do not get left out of the growing economy. New, innovative and equitable ways of taxing road usage will also become increasingly critical as fuel efficiency increases and construction costs continue to rise.

NC FIRST, a commission designed to improve sustainable transportation, rated the state’s current infrastructure “mediocre.” Its recent report highlighted just some of the myriad ways the state could – and should – improve its long-term infrastructure plans, noting that an annual investment of $2 billion each year for the next ten years is needed. By making structural funding changes and focusing on expanding transit access for the states’ most vulnerable populations, North Carolina would be able to transform the way it connects residents, goods, and opportunity. 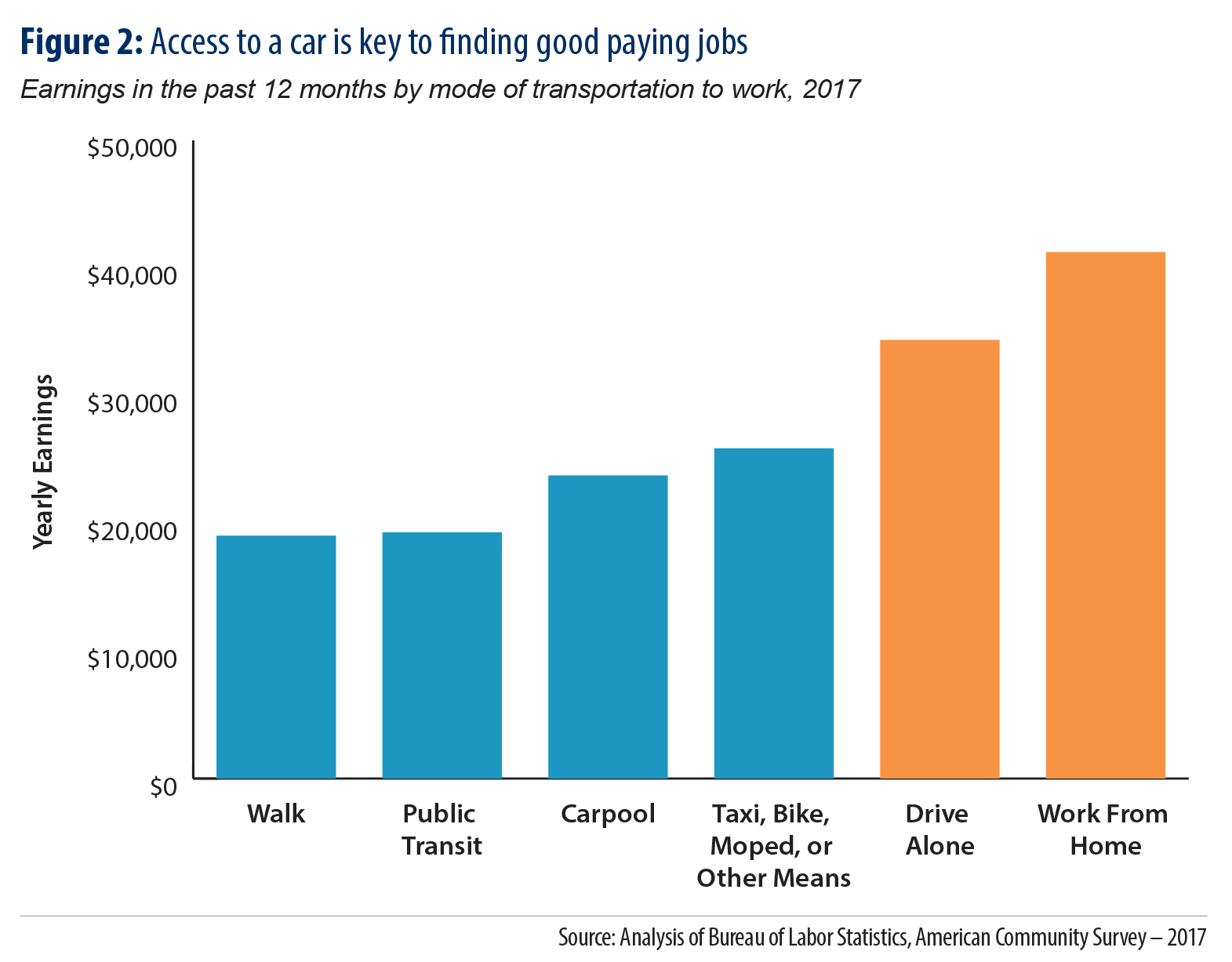 Telling the story of impact

The current system of funding infrastructure, primarily through the gas tax, is outdated, unsustainable, and causing costly delays.  As cars become more fuel-efficient and more people own electric vehicles, revenue derived from the gas tax will dwindle. It is also vulnerable to other shocks – during the pandemic, low gas sales led to plummeting resources for transit projects and maintenance.

Additionally, the gas tax places a disproportionate burden on low-income drivers. Older, cheaper cars are less fuel-efficient and thus consume more gas, whereas wealthier households can afford to upgrade to newer cars that consume less gas or even electric vehicles. Additionally, as low-income residents are increasingly priced out of city centers, they are forced into longer commutes to work.

Alternatives to the current gas tax include rebates for low-income drivers, mileage-based taxes, weight-based registration fees, and other metrics to account for a driver’s impact on the road and environment. When planning a new system for transportation funding, policymakers ought to prioritize addressing the inequities of the current model.

North Carolina’s inadequate public transit infrastructure is a driver of increasing economic and geographic inequality. North Carolina has a significantly higher percentage of low-income residents who rely on public transit when compared to surrounding areas and the nation at large. However, the state’s system has much room for improvement. As cities grow and costs of living rise, the state needs to prioritize expanding transit systems to help low-income families connect to work by offering an affordable alternative to the expenses of owning a car. Additionally, designing projects that connect to rural regions is key to ensuring everyone in the state has access to the growing opportunities in the larger metropolitan areas.

One of the ways the state is making this more difficult is through a lack of planned transit projects. Though departments of transportation are often underfunded, there are sometimes opportunities at the state or federal level to secure additional funding for existing projects. By planning more transit projects, North Carolina could ensure it is ready to receive dollars when they’re made available. Adequate investments in public transit are a critical component to fighting poverty and benefiting those who struggle to make ends meet, and to bridging the divide between urban and rural NC.