Radical income inequality was the economic story of 2018. As the fortunate few at the top of the economic heap continued to rake it in, most North Carolinians are seeing little of the benefits of the current economic expansion. 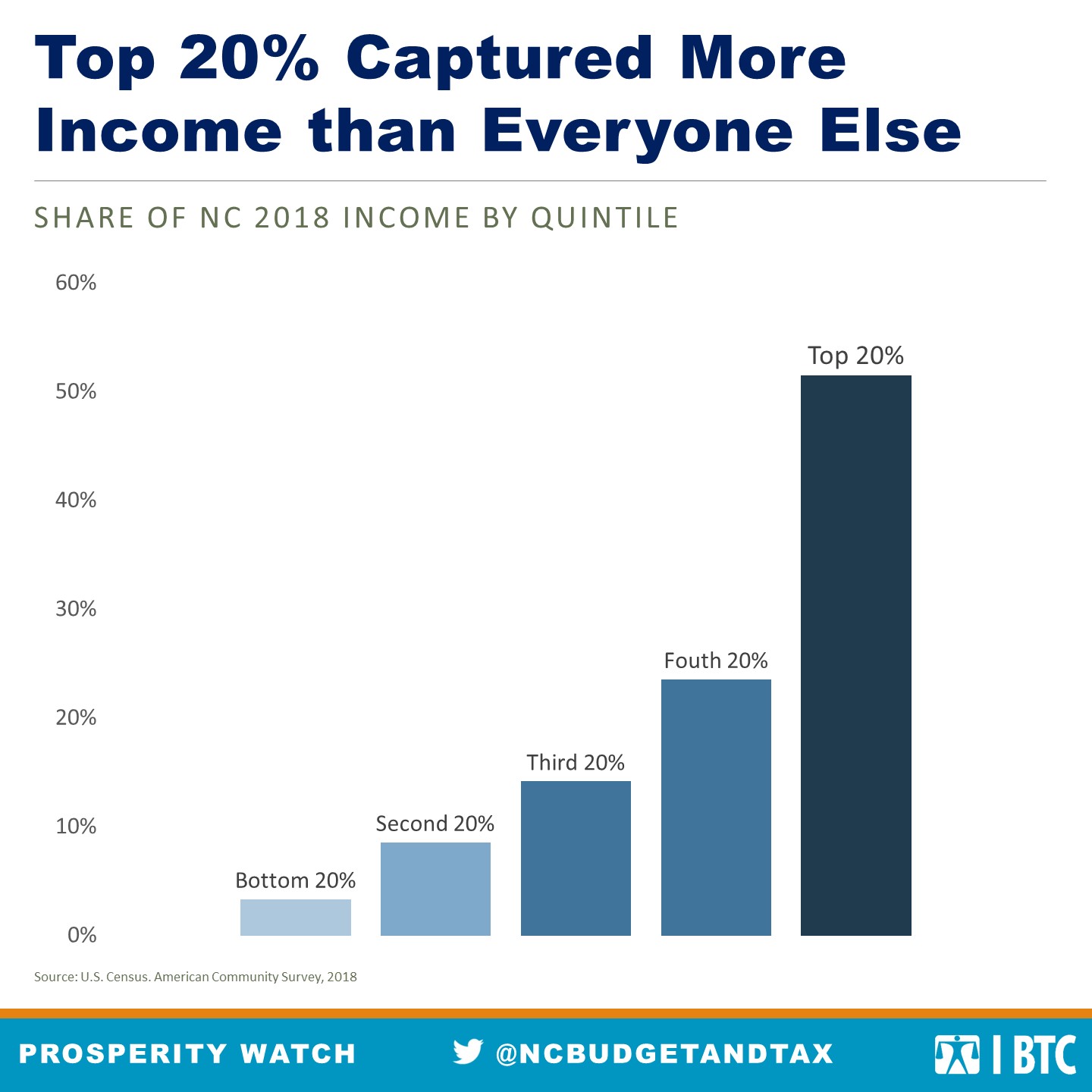 The top fifth captured 51 percent of all income in 2018, leaving less than half of the income for everyone else in North Carolina. As striking as that is, this fact alone doesn’t really reflect just how top-heavy our economy has become. The lowest-paid 20 percent of North Carolinians received only 3 percent of the income generated by our economy, one-fifteenth of what the highest paid group took home.

Income is even more concentrated at the very top, with the highest-paid 5 percent making off with nearly 1 in every 4 dollars of income generated in 2018. To put that haul in perspective, the most fortunate people in the 5 percent of state residents collected nearly the same amount of income as the bottom 60 percent of North Carolinians.

This level of income inequality threatens the economic and social fabric of our state. Our economy relies on consumer spending, so when working families can’t pay for the necessities of life, the entire economic system falters. Income inequality has been found to slow growth and lengthen the time it takes for economies to recover from downturns or other shocks.  In North Carolina, it is likely that our persistently high levels of income inequality are holding the economy back from fully delivering jobs to everyone who wants to work and contributing to our low levels of economic mobility.