Looking at unemployment rates back to 1979 finds the unemployment rate has remained higher for Black workers than white workers in both good economic times and bad. The pace of the recent decline in the unemployment rate is not enough to undo the decades of persistently higher experience of unemployment by Black workers that is driven by structural factors—geographic distance to jobs, discrimination in hiring, and the lack of affordable job training in growing industries—unaddressed in recent policymaking.  The moment in this time period when unemployment rates were declining for both groups and the gap closed to one of its smallest points was in the late 1990s, when jobs were widely available even if they didn’t always pay a living wage. 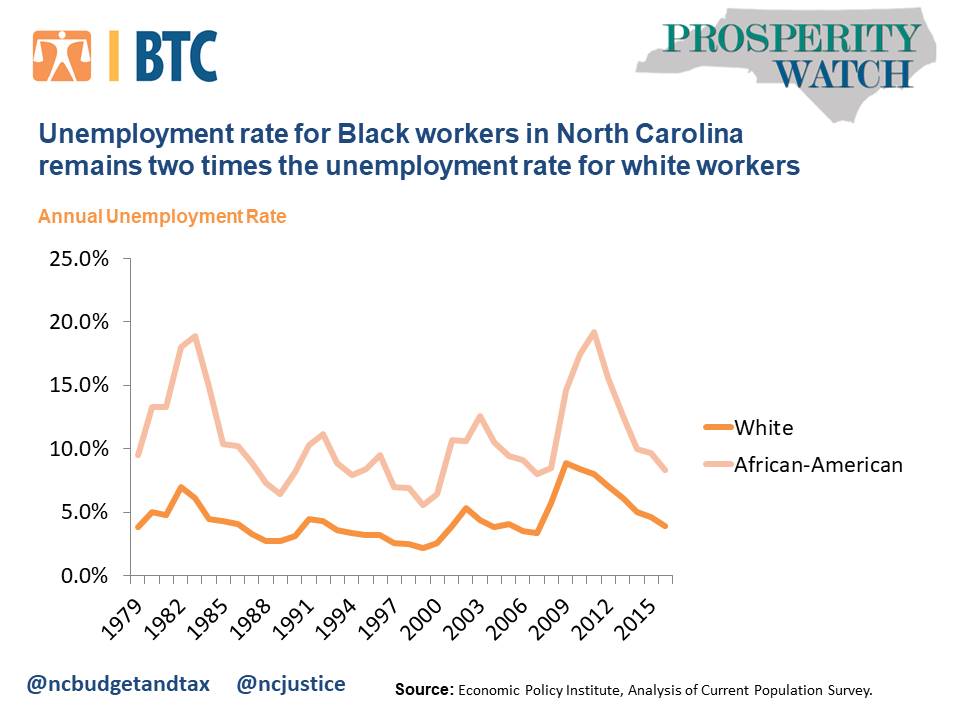