Within two years, there will be more people over 60 in N.C. than under 17

North Carolina is facing an extraordinary demographic makeover in the age of our population: In less than two years, in 2019, our state will have a population with more people aged over 60 than under 17. Furthermore, between now and 2027, the proportion of the population aged 60 and over will only continue to grow – rising from 2.2 million to 2.8 million people, an increase of 28 percent. 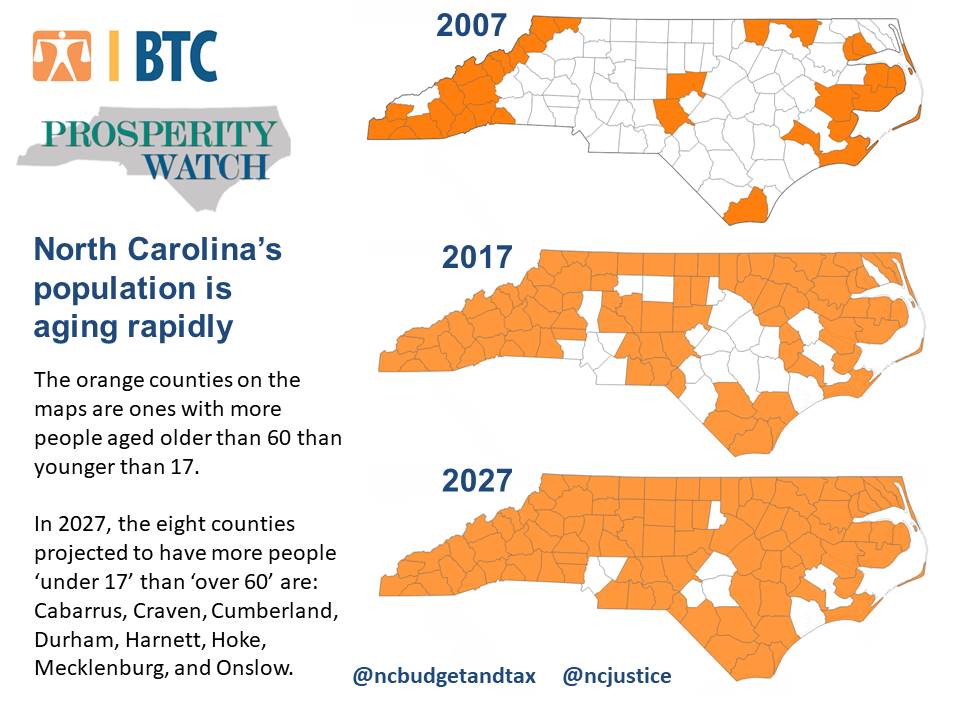