Economic downturns often fall first and hardest on people with the least financial security. Early signals indicate women and people of color are already losing jobs at higher rates than white men, repeating a pattern we have seen in previous recessions. The Great Recession was hard for working people of all races and genders, but the effects on people of color was particularly devastating. The headline unemployment rate hit a high of 16.8 percent for Black people and 13 percent for Latinx people, compared to 9.2 percent for white people. Reaching those levels of unemployment also meant a larger increase in the share of people of color looking for work compared to before the Great Recession. The headline unemployment rate increased by 7.8 and 6.7 percent for Black and Latinx people respectively, where the jump for white people was less than 5 percent. If anything, the COVID-19 recession appears poised to affect women and people of color even more disproportionately. Longstanding barriers have concentrated people of color and women in many of the low-wage occupations where initial job losses have been concentrated most. While only early data is in, women appear to have experienced nearly 60 percent of the job losses from February to March, and the national unemployment rate for Latinx people jumped far more than the average. All of this underscores the need to support working people who are being harmed now, and to rebuild a more equitable economy. 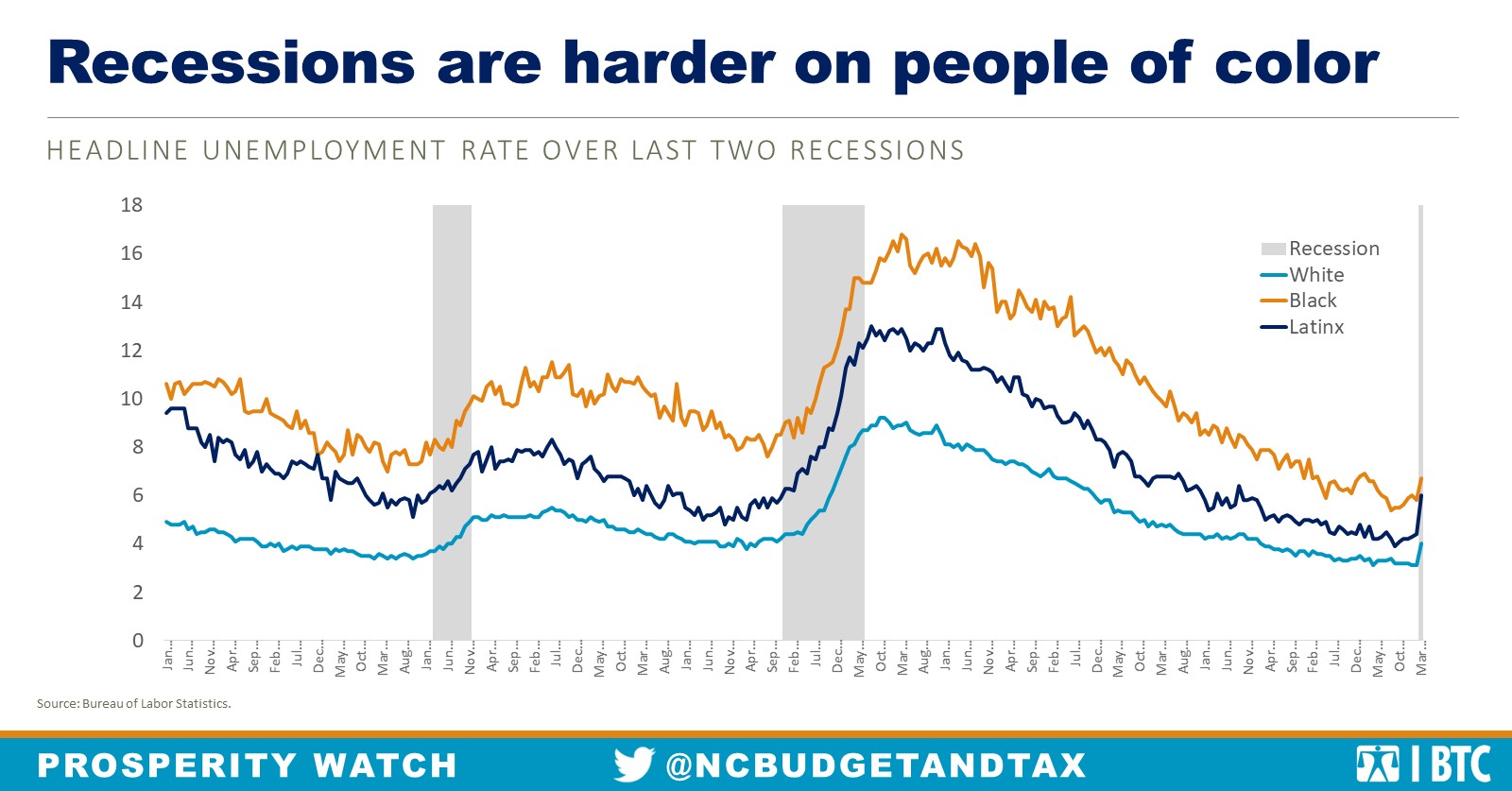