Women more likely than men to file for unemployment in 2020 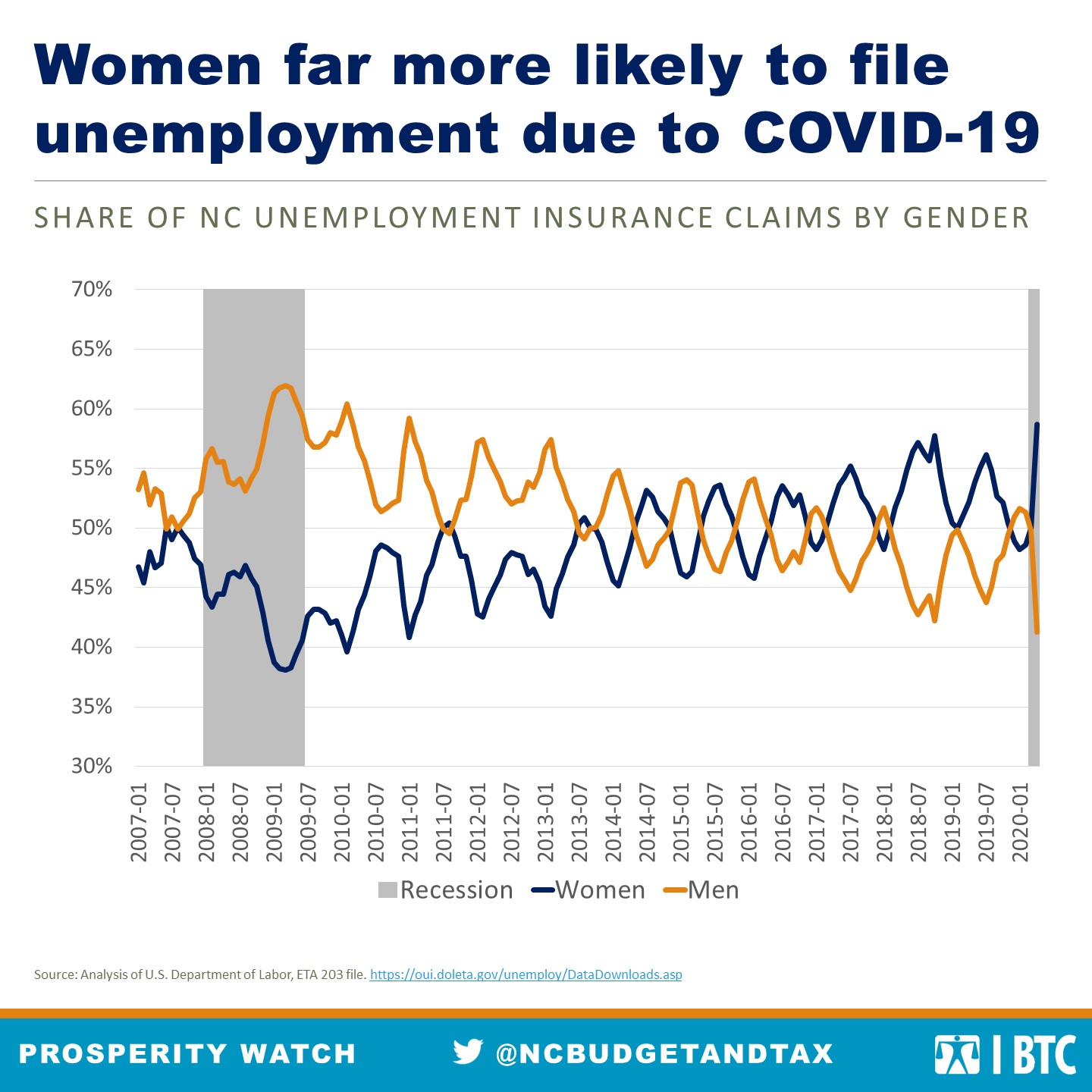 One possible explanation for why women were more likely to file unemployment claims in April 2020 than in April 2009 is that the industries impacted by the current economic crisis are different than the ones that were hardest hit during the Great Recession. Specifically, food service and hospitality was the industry with the greatest number of unemployment claims in April 2020, whereas manufacturing saw the greatest number of unemployment claims in 2009. Women are more likely to work in the food and hospitality industry than in manufacturing due to persistent occupational segregation by gender that is reinforced by discrimination, cultural beliefs about what jobs fit, workplace experiences, and care-giving responsibilities in the home, for example.