RALEIGH (April 8, 2019) — The N.C. Senate has proposed reducing franchise taxes that are paid by businesses based on their net worth, resulting in an estimated $140 million annual revenue loss for North Carolina. A new report from the Budget & Tax Center, a project of the NC Justice Center, shows why it’s important that any effort to reduce or eliminate the franchise tax must recognize the tremendous cost to the state and seek to raise the necessary dollars from businesses, and not North Carolina’s working families.

“Proposals to reduce the franchise tax must consider impact to state revenues at a time when needs across the state are going unmet, especially in in classrooms and local/small communities,” said Alexandra Sirota, Director of the Budget & Tax Center and author of the report. “Any further tax cuts for businesses should also take into account the total cuts to business contributions to our communities that have happened since 2013 and seek to identify ways to ensure our big businesses, in particular, contribute to thriving communities.”

Key findings from the report include: 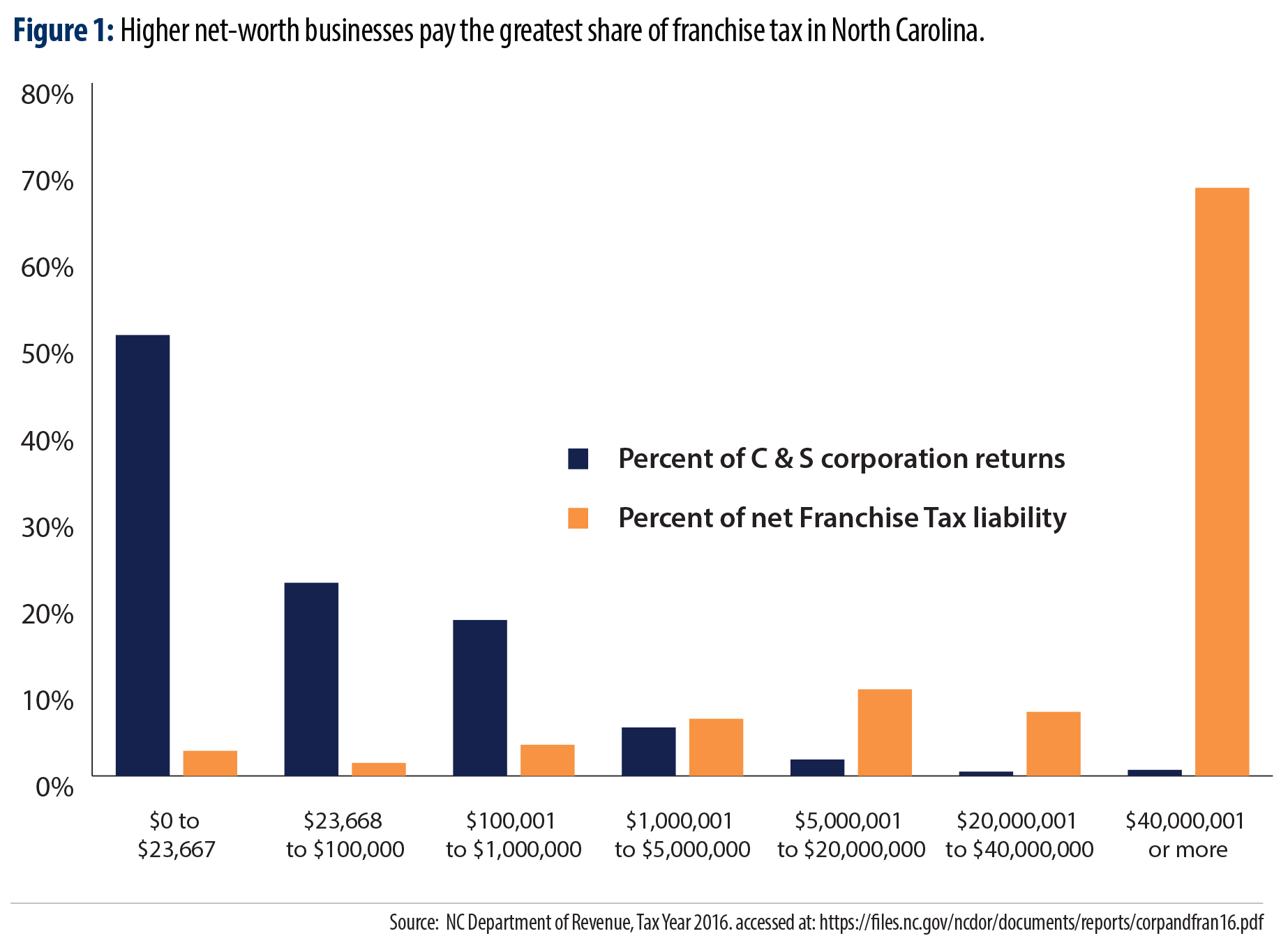 “The franchise tax is based on net worth, so the greater contributions to the state through this tax are coming from higher net worth companies,” said Sirota.